A year's worth of revenue and earnings beats boosted the company's shares.

Shares of Alteryx (AYX -5.69%), a data-analytics platform company, soared 135.3% last year, according to data provided by S&P Global Market Intelligence, as investors reacted favorably to a slew of earnings and revenue beats by the company.

Alteryx's share price was up about 50% in the first six months of 2018, thanks to the company's strong performance in the fourth quarter of 2017 (reported in February) and in the first quarter of 2018. The company's fourth-quarter revenue of $38.6 million beat analysts' consensus estimate of $35.9 million. Alteryx's non-GAAP earnings per share of $0.02 topped Wall Street's expected loss of $0.03. 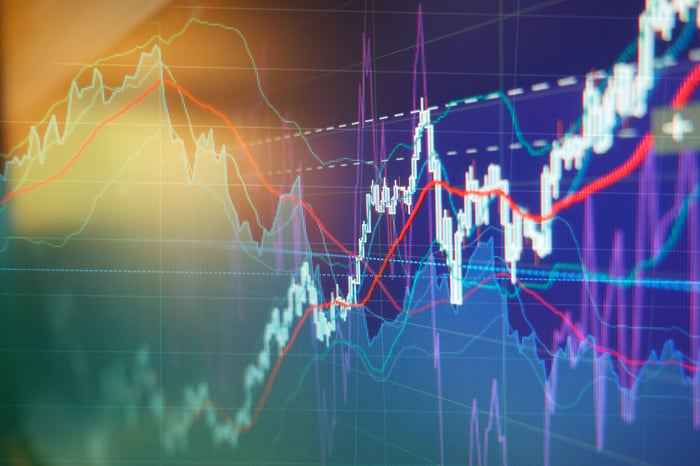 Alteryx delivered once again with its first-quarter 2018 results, with the company's revenue reaching $42.8 million, higher than analysts' consensus estimate of $39.8 million; non-GAAP earnings surpassed Wall Street expectations by $0.06 per share.

The company's share price then took a considerable jump in August, after Alteryx's second-quarter sales and earnings beat analysts' expectations once again. Total revenue for the quarter was $46.8 million, exceeding the consensus estimate by about $3 million. Non-GAAP earnings per share were $0.09, which were $0.01 higher than what analysts were anticipating.

Alteryx topped off the year with its third-quarter 2018 results at the end of November, in which the company's sales of $54.2 million were $4.4 million higher than what Wall Street expected. The company's non-GAAP earnings per share also outpaced analysts' consensus estimate by a whopping $0.13.

Investors have continued their optimism for Alteryx in 2019, pushing the company's share price up 14% so far this year. With the company expecting revenue to jump nearly 48% in the fourth quarter of 2018 (results will be released next month), it's no surprise that shareholders continue to boost Alteryx.