Two analysts were skeptical about the company's near-term growth, and investors followed suit.

Shares of chipmaker Cypress Semiconductor (CY) fell 16.5% last year, according to data provided by S&P Global Market Intelligence, after two analysts released reports toward the end of the year that were skeptical of the company's near-term growth. 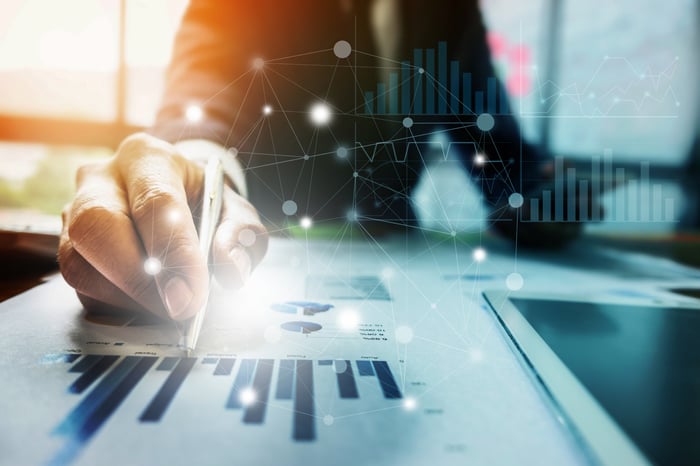 That bad news was followed up the next day with KeyBanc analyst Weston Twigg downgrading Cypress Semiconductor to "Sector Weight" from "Overweight." Twigg noted there were three main areas of concern, including a slowdown in the automotive market, NOR Flash (a type of memory chip) prices easing, and "broader-based concerns regarding increased risk of cyclical slowdown."

The result from the analysts' comments pushed Cypress' share price down about 16% in September. The company's shares then fell an additional 11% in October after a weak outlook from fellow chipmaker Texas Instruments spooked investors.

Investors seem to be less concerned about the potential slowdown in the semiconductor market right now, as Cypress Semiconductor's shares are up about 5% since the beginning of this year. The company will report its fourth-quarter 2018 results at the beginning of next month; management expects sales to be in the range of $585 million to $615 million and non-GAAP earnings per share of $0.31 to $0.35. If the fourth-quarter results meet those expectations, Cypress' sales will be essentially flat year over year, and non-GAAP earnings per share would be up by 18%, both at the midpoint of guidance.