Despite losing a quarter of their value in December, Ollie's shares gained nearly 25% in 2018.

Shares of Ollie's Bargain Outlet Holdings (OLLI -0.38%) sank 25% in December, according to data from S&P Global Market Intelligence. The retailer's stock fell early in the month following third-quarter results that arrived with disappointing fourth-quarter guidance and continued to trend lower through the broader market sell-off. 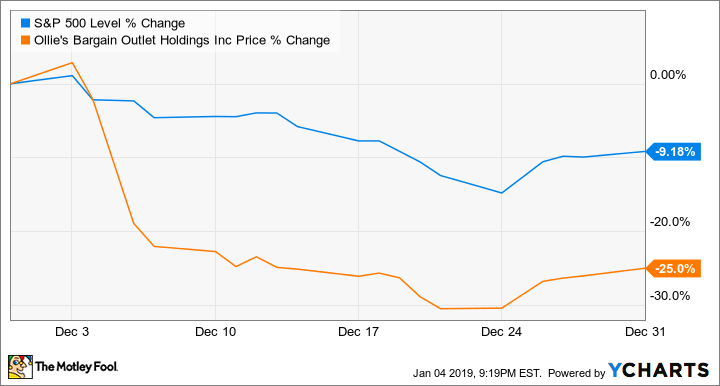 Ollie's reported third-quarter earnings after market close on Dec. 4, delivering sales and earnings that topped the market's expectations. However, the top- and bottom-line beat was paired with guidance that sent shareholders scrambling, and big pullbacks for major U.S. indexes put further pressure on the stock. 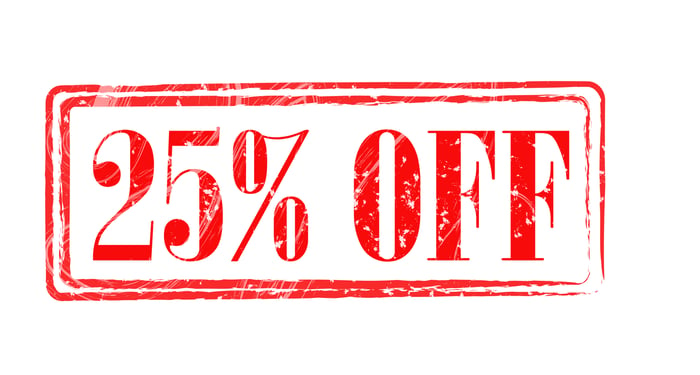 Performance for the company's November quarter generally looked pretty good across the board, with same-store sales up 4.6% and its store count up roughly 12%, to 297 locations. Shareholders, however, were more focused on management's full-year guidance coming in below market expectations.

However, the company actually raised its full-year targets from the estimates it gave with its second-quarter results, so it's possible that shareholders were feeling anxious amid market volatility and punished the stock. Shares fell more than 17% in the day of trading that followed the earnings release and guidance publication.

Compared to December, market sentiment has been decidedly less bearish to start 2019, and Ollie's stock has benefited from the market's bounce. Shares are up roughly 15.1% in January's trading so far. 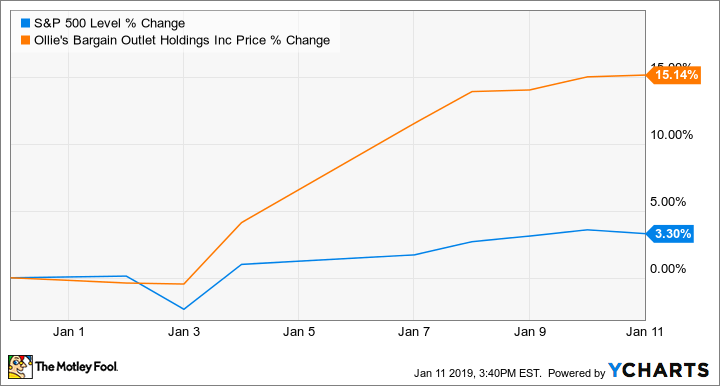 The midpoint of management's full-year guidance calls for sales to come in at roughly $1.29 billion, same-store sales of 3.25%, and adjusted earnings per share of roughly $1.76. That's up from the previous full-year guidance for sales between $1.222 billion and $1.227 billion, comparable-store sales growth of at least 2.5%, and adjusted earnings per share of $1.73 to $1.76.

Ollie's is priced at roughly 43 times this year's expected earnings.