Merchants are signing up for the company's e-commerce services in droves.

Shares of Shopify (SHOP -1.21%) climbed 37.1% last year, according to data provided by S&P Global Market Intelligence, as the company continued to ride the e-commerce wave. The company is seeing rapid adoption of its platform by small business owners, which fueled another year of impressive growth.

Through the first three quarters of 2018, revenue grew 62% over the same period in 2017. The only negative is that Shopify still hasn't reported a profit. However, the company is so small relative to its addressable market opportunity that the current priority for management is to reinvest in new features, as well as sales and marketing, to grow the business. 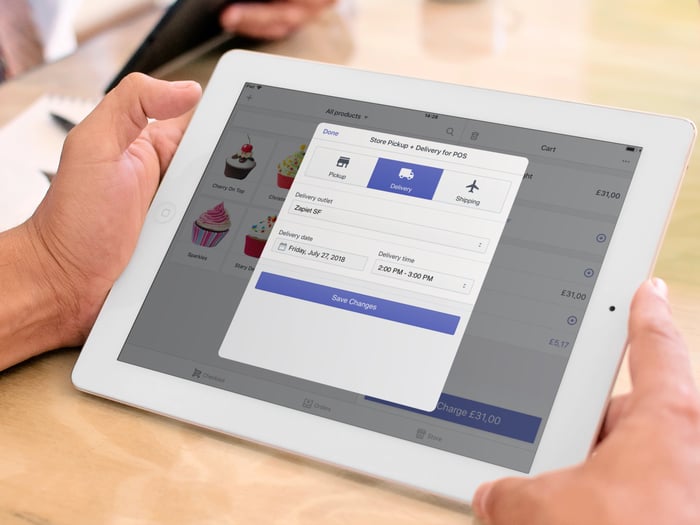 Shopify is pursuing an enormous opportunity to expand into international markets, where they are making great progress. During the third-quarter conference call, COO Harley Finkelstein said:

While revenue from subscription solutions decelerated from 61% year-over-year growth in the first quarter to 46% in the third quarter, merchant solutions growth held steady at 68% in each of the last two quarters. The faster growth of merchant solutions -- the majority of Shopify's revenue -- is encouraging because it means business owners are adopting the ancillary services that Shopify offers, and thereby tightening their relationship with the company.

As for full-year guidance, management expects revenue in the range of $1.045 billion to $1.055 billion, representing between 55% and 57% year-over-year growth. They also guided for adjusted operating profit to be between $8 million and $10 million, compared to $6 million in 2017.