Teladoc Health (NYSE:TDOC) lost more than 20% of its value last month, according to data provided by S&P Global Market Intelligence, amid allegations of wrongdoing by one the company's key executives.

On Dec. 5, The Southern Investigative Reporting Foundation (SIRF) issued a report regarding an alleged affair between Teladoc's Chief Operating Officer and Chief Financial Officer, Mark Hirschhorn, and an employee of the company. SIRF purported that during the relationship, the employee received "a series of promotions over colleagues with either more industry experience or better credentials." SIRF also claimed that Hirschhorn gave the employee advice in regard to when to sell her Teladoc shares. 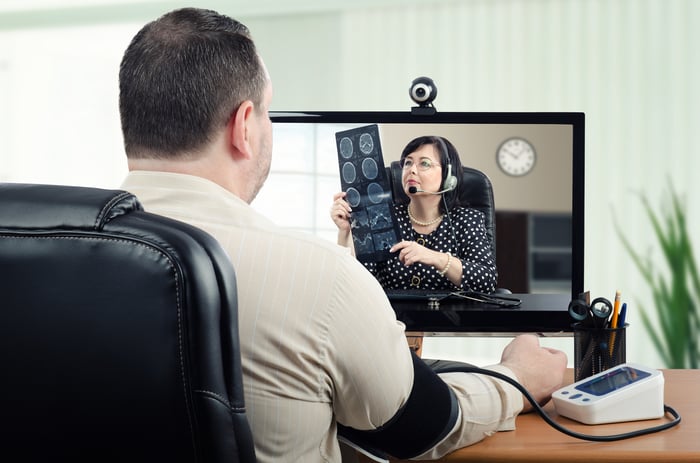 Hirschhorn's resignation should alleviate some concerns regarding Teladoc's management and help the company move forward from this alleged scandal. Investors apparently agree; Teladoc's stock is up nearly 12% so far in January.

The business itself remains strong. As the clear leader in telehealth services -- such as video-conferencing consultations with doctors and other medical professionals -- Teladoc is well positioned to win within a market that's projected to more than quadruple in size by 2026. As such, and with its stock still well off its highs of the past year, investors may want to use this recent sell-off as an opportunity to pick up some Teladoc shares at a discount.