Shares of Xunlei (NASDAQ:XNET) declined 33.1% in December, according to data from S&P Global Market Intelligence . It was the continuation of yearlong price collapse for the blockchain and cloud services company's, and pushed its slide for the year to roughly 78%. 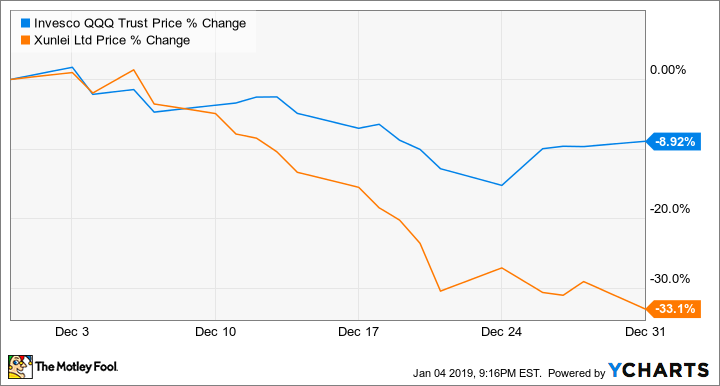 There wasn't any fresh company-specific news propelling Xunlei's stock price downward, but with the Chinese tech sector broadly experiencing a  steep sell-off during the month, there wasn't much reason to hold on to the company either. Xunlei's business prospects have dimmed dramatically over the last year, and it's not surprising that its shares significantly underperformed the market as investors sought to minimize their risk exposure. 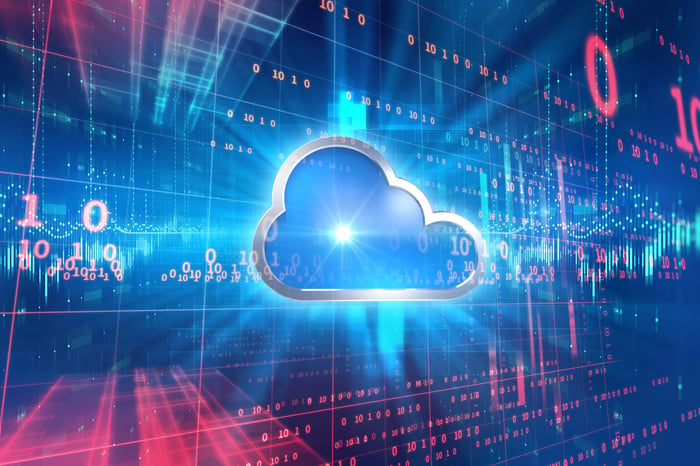 Xunlei stock nearly quadrupled in 2017, propelled by excitement surrounding the company's cryptocurrency. However, the company's cryptoambitions crumbled amid a series of missteps and the threat of regulation from the Chinese government. It has since offloaded its LinkToken project to a third-party, and seems to have refocused on its cloud services business. Things don't look particularly promising on that front either.

The company published third-quarter earnings results in November that showed a big slowdown for the company's cloud segment, and the disappointing performance was paired with guidance suggesting that total sales would fall roughly 48% in the fourth quarter. Xunlei did publish a press release on Dec. 10 detailing a partnership with China Mobile to develop blockchain and Internet of Things applications, but the news did little to buoy the company's stock price.

Despite a bit of a recovery for Chinese tech sector stocks, Xunlei has continued to underperform the market and its peers early in 2019. 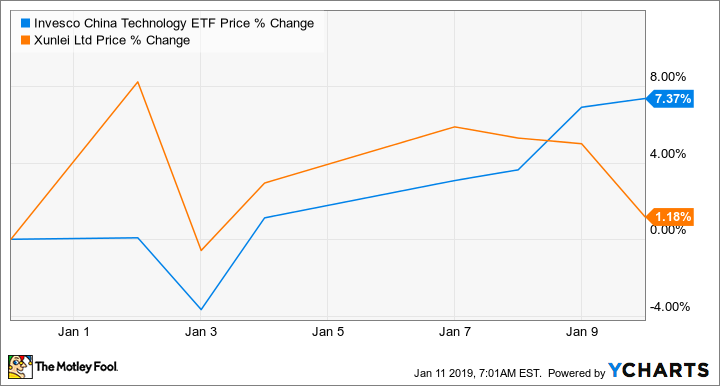 In the wake of its steep price drops, Xunlei might attract investors looking for a bounce, but given the limited visibility outsiders can have into what's next for the company, or how it might spur sales and earnings growth, there are few business-related grounds to hold a bullish thesis on the stock.