Monday was a generally down day on Wall Street, with most indexes moving slightly lower to begin the week. Ongoing concerns about the government shutdown remained on investors' minds, and the looming beginning of earnings season has some market participants nervous about slowing growth prospects for 2019. Yet some stocks vaulted higher as interest in mergers and acquisitions seemed to rise, and Goldcorp (NYSE:GG), Gannett (NYSE:GCI), and Canopy Growth (NASDAQ:CGC) were among the top performers. Here's why they did so well.

Shares of Goldcorp climbed 7% after the Canada-based mining company reported that it had entered into a definitive agreement with Newmont Mining under which Newmont would acquire all of Goldcorp's shares. Under the terms of the deal, Newmont will give investors 0.328 shares of its stock plus a token $0.02 cash payment for every Goldcorp share they own, representing a 17% premium based on the two companies' respective average share prices over the past 20 days. The merger into what will be called Newmont Goldcorp will "create the world's leading gold business with the best assets, people, prospects and value-creation opportunities," said Newmont CEO Gary Goldberg, and the companies see the dealing closing by midyear. 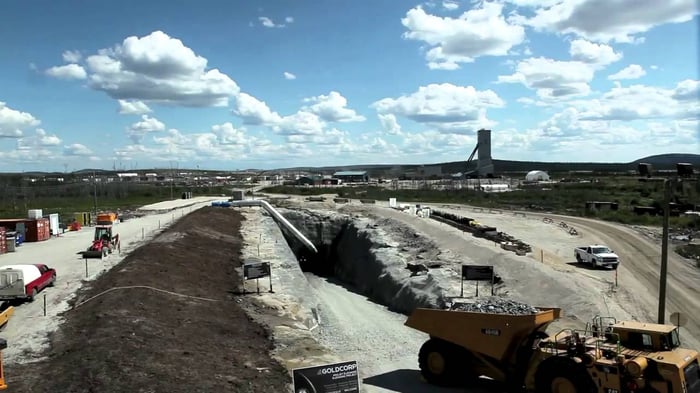 Media company Gannett saw its stock soar 21.5% after getting an unsolicited takeover bid from privately held MNG Enterprises, which does business under the Digital First Media name and owns a variety of newspaper and media properties. The bid would have MNG pay Gannett shareholders $12 per share in cash, representing a 41% premium to where Gannett stock closed 2018. MNG asked Gannett to enter into discussions immediately to pursue the deal further, and Gannett said that it will review the proposal. Given the difficulties that the publisher has had with share-price performance in recent years, some investors will see a potential deal as a welcome exit to their Gannett investment.

Canopy makes a hemp move south of its border

Finally, shares of Canopy Growth gained 11%. The Canadian cannabis producer said that it will build its first U.S. hemp production plant in the Southern Tier region of upstate New York, having secured a license from state government officials to process and produce hemp. At this point, Canopy expects to invest $100 million to $150 million in the plant, and notable government officials including Sen. Charles Schumer (D-N.Y.) commented favorably on the company's plans. As legalization efforts continue in the U.S., Canopy and its peers will have to work hard to capitalize on opportunities to broaden their scope south of the Canadian border.