Shares of Harley-Davidson (NYSE:HOG) fell a crushing 19.3% in December, according to data provided by S&P Global Market Intelligence, as investors worry that financial results will be even worse than expected. Shares have climbed slightly in early 2019, but don't seem to be making back most of the ground lost last month.

The biggest drop in shares came when analysts from UBS Group announced that a survey of dealers indicated 2018 sales were even slower than expected. They said unit sales could be down by double digits, more than the single-digit drop that had been expected. This would be the fourth consecutive year of sales declines. 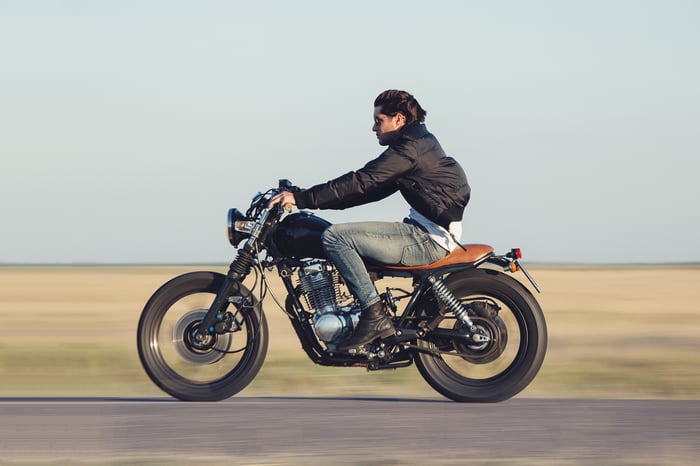 On top of this report, there are beginning to be signs that China's economy is slowing, which could ultimately drive big Harley markets like the U.S. and Europe into a recession. If sales aren't going well while the economy is growing and wages are rising, as they have been over the last four years, there's no telling how bad results will be in a bad economy.

Harley-Davidson is losing the cachet it once had with consumers. Younger consumers aren't impressed by a brand that the company itself is having a hard time adapting, recently announcing an electric motorcycle that couldn't be further from its core business. I don't see a very bright future for this iconic brand, and the consumer market may have just passed the company by.