If history serves as a guide, a dividend increase should be on the way.

Software giant Oracle ( ORCL 0.32% ) pays its shareholders a decent dividend. Right now, the company's shares offer a dividend yield of 1.57%, which isn't huge but it's not terrible, either. Unfortunately, the company doesn't raise its dividend on an annual basis. In fact, history shows that the company has gone between seven and eight quarters (two years) between dividend increases.

So while Oracle probably isn't a stock that I'd necessarily recommend for those that are laser-focused on dividend growth, I think the odds are good that the company is set to boost its dividend in 2019. Here's why. 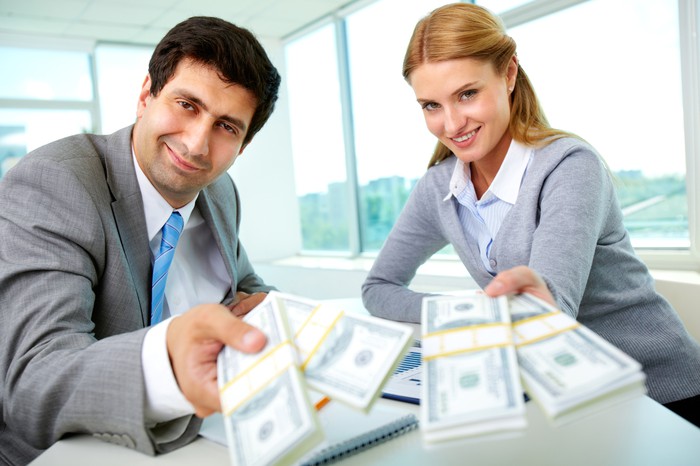 It's about time for an increase

Oracle's board of directors declared a quarterly dividend of $0.19 on Dec. 17, 2018. The dividend is payable to shareholders on record as of Jan. 16 and will be doled out on Jan. 30. This marks the eighth consecutive quarterly dividend from Oracle at that $0.19-per-share level.

While Oracle's dividend history is relatively short and the company has only boosted its dividend twice in that time, I think history will prove to be a good guide here. Indeed, I strongly suspect that the next time that Oracle declares a quarterly dividend, it'll be for more than $0.19. (I'm less certain as to how much more that dividend will be.)

Oracle's business can easily support it

It's obvious that Oracle significantly favors share repurchases to dividends. On the company's most recent earnings call, co-CEO Safra Catz highlighted the fact that in just the last quarter alone, Oracle dropped $10 billion to buy back 203 million of its shares. Over the last 12 months, Catz explained, the company "repurchased 602 million shares and reduced the absolute shares outstanding by over 12%."

So Oracle's infrequent dividend increases aren't because the business doesn't throw off enough free cash flow to support a large and rapidly growing dividend. Instead, it appears that the company's decision-makers think that an extremely aggressive share repurchase program is the best way to create shareholder value. (Considering that super-aggressive buybacks can dramatically reduce a company's share count over the long term, creating a lasting earnings per share boost, that's not surprising.)

For some perspective, over the last 12 months, Oracle generated more than $3.42 per share in free cash flow. That's more than enough to cover the current $0.76-per-share dividend more than four times over. Unless catastrophe strikes Oracle's business, that capability isn't likely to change dramatically. For what it's worth, analysts expect Oracle's revenue in fiscal 2019 to contract 0.8% year over year before growing by 2.5% in the following year. So while Oracle isn't a massive growth business (this is likely why the company is aggressively buying back stock -- to deliver EPS growth even as the business itself doesn't grow), it's a serious cash generator.

Ultimately, I don't expect miracles on the dividend front in 2019 for Oracle, but I do expect that the company will give its shareholders a raise.