A casual glance at World Wrestling Entertainment (NYSE:WWE) shows a company on its way to posting record full-year 2018 results, with new, highly lucrative television deals locked in for the next five years: WWE recorded a record $657.7 million in revenue through its first three quarters, up 12% over the previous year, and that's before its new TV deals even kick in.

It's a bright picture  -- at least for the next five years -- but there are some dark clouds in the distance. Even though WWE has positioned itself for success over the next five years, those numbers may be hard to sustain the next time the company has to negotiate TV deals in the United States. 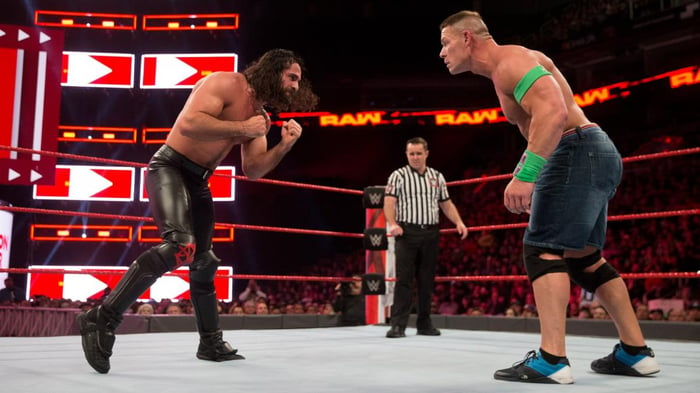 A look at the TV deals

The television market has changed, making live events very valuable. That happened at exactly the right time for WWE, which has traditionally struggled to get paid for its two main shows -- Raw and SmackDown Live -- at rates that reflect how well the shows do at drawing in viewers. That has largely been because wrestling has not had a great reputation with advertisers, and its fans have not been considered as valuable as people who watch baseball, basketball, or other sports.

WWE has worked to change that by making its product more family friendly, and has been helped by the mainstream success of Dwayne "The Rock" Johnson, a former wrestler, and John Cena, a current one. Those efforts, along with television's need for live programming that people watch in real time, have benefited the company.

The company's new TV deals more than triple the $130 million Comcast (NASDAQ:CMCSA) had been paying to air both shows on its USA Network. Now USA will air Raw, while FOX will air SmackDown on its namesake network, with the two companies paying a combined $468 million per year as part of five-year deals that will start in fall 2019. Globally, WWE expects revenues from rights fees to go from $235 million this year to $542 million in 2021 according to The Wall Street Journal (paywall).

Rights fees accounted for $65.9 million of the $142.1 million in media revenue WWE raked in during the third quarter of 2018. That rights-fees number will increase to $135.5 million per quarter in 2021, dwarfing the money earned by the WWE Network ($49.5 million in Q3), advertising ($15 million), and other ($11.7 million). The new contract also has TV rights dramatically larger than the company's other major revenue sources -- ticket sales ($22.4 million) and licensing/e-commerce/merchandise ($19.6 million).

The new television contracts make WWE a company that produces television shows, and that's a risk of its own: TV shows live or die based on ratings. Raw has been a steady performer for USA, and its success has kept the network among the top-rated channels.

Smackdown Live is an even riskier proposition. It brings around 2 million viewers to USA on Tuesday nights. But when it moves to FOX, it's also moving to Friday nights -- so the show will air on a better network, but on a worse night. Its current viewership is below the roughly 5 million viewers that watch Last Man Standing, 4 million who tune in for The Cool Kids, and 2.6 million watching Hell's Kitchen, the channel's current Friday night lineup.

WWE, of course, produces 52 weeks of live content (sometimes 50 or 51 depending upon which days certain holidays fall), more than double what a traditional show offers. Still, Smackdown is coming to the network with pressure to at least maintain, if not grow, its audience, and that may be a challenge. For WWE to keep growing, the company will need to deliver an audience, and that could be difficult: Ratings have been falling (albeit slightly), and the company has not produced a top-level star since Cena's debut in 2002.

That could happen, of course, or the conditions in five years could continue to force channels to overpay for sports (or sports-like) content. It's also very possible the bubble bursts: Two million viewers generally does not earn a show -- even a sporting event -- a five year, $1 billion contract with a broadcast network.

FOX is overpaying, but that's not uncommon when it comes to sports rights. In five years, however, cord cutting, the shrinking audience for cable, and added entertainment choices may leave WWE selling rights in a very different market. That won't ruin the company, but it does mean that investors should at least consider that these five-year deals may be the best ones the company ever sees -- a one-time windfall, not the new normal.