Growth but no growth? That's what Aurora Cannabis expects in one area critical for its future.

You might have noticed that no one seemed to care last week when Aurora Cannabis (ACB 2.27%) announced preliminary fiscal-year second-quarter guidance that was lower than expected. On Jan. 8, 2019, the Canadian marijuana producer stated that it anticipates Q2 revenue between 50 and 55 million in Canadian dollars. The consensus analyst estimate was for revenue of CA$67 million. Yet Aurora's share price climbed.

Investors have moved past Aurora Cannabis' sneak peek at its quarterly results and are now more focused on the company's acquisition of privately held Whistler Medical Marijuana. But there are five worrisome words in Aurora's guidance that warrant attention. 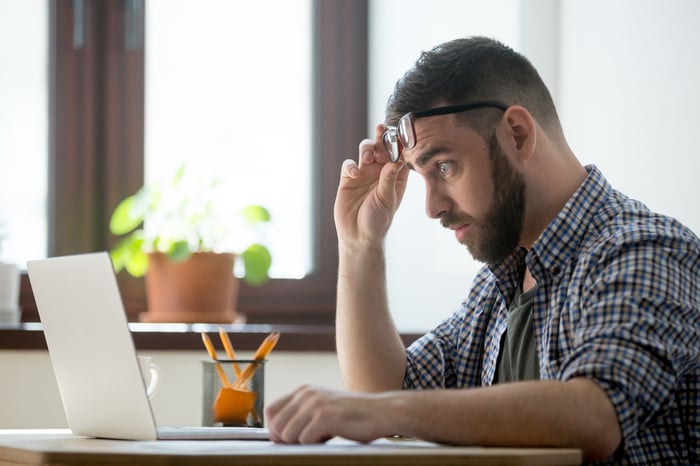 Aurora's revenue guidance for the quarter ending Dec. 31, 2018, wasn't troubling, in my view. Actually, I suspect the analysts were simply overly optimistic in their projections. The reality is that the last quarter isn't much of an indication of what lies ahead for Aurora Cannabis anyway. It reflected less than two months of Canadian recreational marijuana sales. And the sales that were achieved are much lower than they will be because of limited production capacity.

But there was a seeming contradiction in Aurora's Q2 guidance. The company stated that its expected 327% year-over-year revenue growth stemmed in part from shipments to its "growing international markets." However, Aurora also said that there were "relatively stable, supply restricted shipments" to these markets.

Growing markets but relatively stable shipments? Is that a contradiction? Not at all.

Aurora Cannabis was correct that international markets are growing. Germany legalized medical cannabis in 2017. Although the country is the biggest marijuana market outside of North America, with sales projected to reach US$1.6 billion by 2022, it's still early for the German medical cannabis market. Other countries that have legalized medical marijuana, such as the United Kingdom, are at an even earlier stage.

A reason for concern

While those five words in Aurora's guidance aren't a contradiction, they do present a reason for concern. The investing thesis for the stock hinges on strong international growth.

Canadian marijuana sales, including medical and recreational products, might reach as much as US$9 billion in the future. But sales aren't anywhere close to that level right now. And the Canadian opportunity isn't enough by itself to make Aurora Cannabis a compelling stock to buy.

Cannabis industry executives, including Aurora's management team, often mention a total global cannabis market opportunity of US$150 billion or more. What they usually don't mention, though, is that at least three-fourths of that total opportunity lies in the U.S.

Aurora Cannabis, of course, can't operate in the U.S. right now and still retain its stock listing on the New York Stock Exchange (NYSE) and Toronto Stock Exchange (TSX). With the U.S. off limits, that makes other international growth opportunities more important for Aurora.

So when Aurora says that its shipments are "relatively stable" in international markets, it's not a good thing. The company needs solid growth in markets like Germany, other European countries, and Latin America to justify its market cap of more than $6.5 billion.

But not a reason for panic

If Aurora Cannabis remains limited to generating most of its growth in Canada, investors should probably look at buying other stocks. However, there's no reason to panic about the company's sluggish international growth at this point.

International markets will also mature. Demand will no doubt pick up in Europe, Latin America, and elsewhere.

Finally, the odds that Aurora Cannabis will be able to enter the U.S. market appear to be better than ever. U.S. legalization of hemp presents a significant opportunity for the company to establish operations in the U.S. without losing its listings on the NYSE and TSX.

Renewed efforts are also underway to revise federal laws to allow individual states to enforce their own marijuana laws. If these initiatives succeed, it should pave the way for Aurora and its peers to jump into the U.S. marijuana market.

If this positive EBITDA also leads to strong net income, Aurora could reduce its reliance on issuing new shares to fund operations and acquisitions. This practice has led to significant dilution in the value of Aurora's existing shares, so much so that Aurora's share price fell sharply last year while its market cap increased significantly.

For now, Aurora's stock dilution is a greater worry for investors than its weak international growth.