Looking for promising growth stocks? These three companies have posted impressive gains in recent years and could still be just getting started.

"Buy low, sell high" is one of the most quoted truisms in the investing world, but sometimes investors will actually be best served by buying a stock that's priced relatively high on its path to climbing even higher. If a company is delivering strong sales and earnings performance and powering impressive share price gains, a stock can still be a steal even if it has doubled in relatively short order. In many cases, businesses that are winning tend to keep winning.

With that in mind, we asked three Motley Fool contributors to profile a company that has posted impressive gains and still has big potential. Read on to see why they identified Etsy (ETSY 9.02%), iRobot (IRBT 1.80%), and Baozun (BZUN 3.56%) as promising growth stocks that still have room to run. 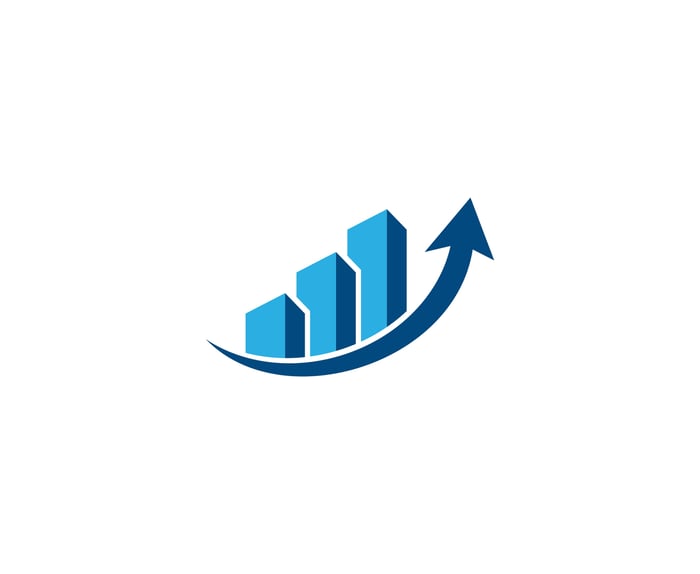 Rich Smith (Etsy): I have to admit that I'm a bit conflicted about today's choice for a stock that's "doubled and still has room to grow." On the one hand, Etsy is clearly not a cheap stock. With just $81 million in trailing earnings but a market capitalization well in excess of $6.3 billion, Etsy shares sell for the princely sum of 78.5 times trailing earnings. On the other hand, though, if Etsy has grown its share price more than 100% (and it has; it's actually up 160% over the past year), is even 78.5 times earnings too much to pay?

Maybe not -- if Etsy can keep up the growth.

And here's where I find myself starting to tilt in Etsy's favor. Over the last 12 months, Etsy only did about $540 million in total sales. That's the merest fraction of eBay's $10.2 billion revenue haul, not even to mention the gazillions of dollars Amazon brings in. As Etsy's market expands, and in particular as the company connects more of the "rest of the world's" creators (currently just 28% of Etsy's total revenues) with the rich consumer markets of the United States, the United Kingdom, and Germany (the other 72%), I think Etsy's revenue stream will only swell larger.

Analysts seem to agree. According to data from S&P Global Market Intelligence, they're looking for Etsy to earn $0.50 per share this year, then more than double that by 2020, then double it again by 2022.

This, it seems to me, leaves plenty of room for Etsy to grow and grow and then grow some more.

Cleaning up over the holidays

Demitri Kalogeropoulos (iRobot): Shares of robotic cleaning device specialist iRobot were up by nearly 300% since early 2016, but the stock ended that three-year period higher by "just" 175%. Market volatility and Wall Street worries over new competition and rising costs contributed to a December slump for the stock. Investors are giving those concerns too much weight.

After all, iRobot's sales and margins were supposed to be hurt by the flood of new competition into the industry last year. Instead, revenue growth accelerated to a 29% spike in the latest quarter as consumers showed an overwhelming preference for the industry leader's Roomba devices over cheaper rivals. Profitability held up fine, too, with average selling prices rising to $289 through the last nine months from $260 in the year-ago period.

iRobot reports holiday-quarter results in early February, and that announcement will help investors gauge whether demand is still robust for its autonomous vacuuming products and new mopping devices. That report will also include an update on costs, which executives warned could spike over the short term due to new tariffs on some of its manufacturing materials. But while rising expenses might dampen profit growth in 2019, iRobot's long-term outlook is bright -- assuming it can maintain its leading market share position as the industry expands over the next decade.

An e-commerce player at 50% off

Keith Noonan (Baozun): A person could be forgiven for thinking that Baozun's business had hit big snags and that its stock was on an irreversible slide if they only looked at the company's share-price trajectory over the last year. The Chinese e-commerce stock has lost roughly half of its value over the last six months, and concerns about trade tensions and economic slowdown continue to weigh on performance.

Baozun stock traded as high as $67 per share last summer, but shares are trading near $30 today and have struggled to break above that range. However, zoom the chart out and take a look at the broader trajectory of the company's business, and there's a different story to observe. The company's stock has climbed by more than 340% over the last three years, and there are compelling reasons to think that it could bounce back from its recent slide and deliver more strong performance for shareholders.

Baozun still has a long runway for growth. China already stands as the world's largest e-commerce market, and even if its growth rate has been slowing recently, it's still expanding at a rapid clip that creates a favorable operating backdrop. Baozun provides Western brands with customizable online retail websites and featured sales portals on the country's biggest e-commerce outlets, making it easy for its partners to ramp up their retail presence in the Middle Kingdom. Because of this, the company stands out as an appealing way to benefit from the growth of Western brands in China as well as the company's booming e-commerce market.

Shares trade at roughly 20 times this year's expected earnings after the big stock slide. Investors should proceed with the understanding that the stock is prone to volatility, but that's a valuation that could present an attractive entry point for long-term investors.