The devil is in the clinical-trial details.

Shares of Tyme Technologies (TYME 1.10%) fell 35% on Friday after the biotech released data from a small phase 2 study of its oncology drug SM-88 in patients with advanced pancreatic cancer. The data was scheduled to be presented at the American Society of Clinical Oncology's 2019 Gastrointestinal Cancers Symposium today.

The headline of the press release sounds great, noting that the drug "improves survival" -- but there wasn't a control group in this midstage trial. All the patients got the drug, and Tyme is just comparing the survival data to historical controls.

Specifically, the company notes that 79% of the 14 third-line patients in the trial -- those who had failed two prior therapies -- were alive after a median follow-up of 4.7 months, which is more than double the two-month median survival based on a retrospective analysis of third-line patients in 19 historical trials. 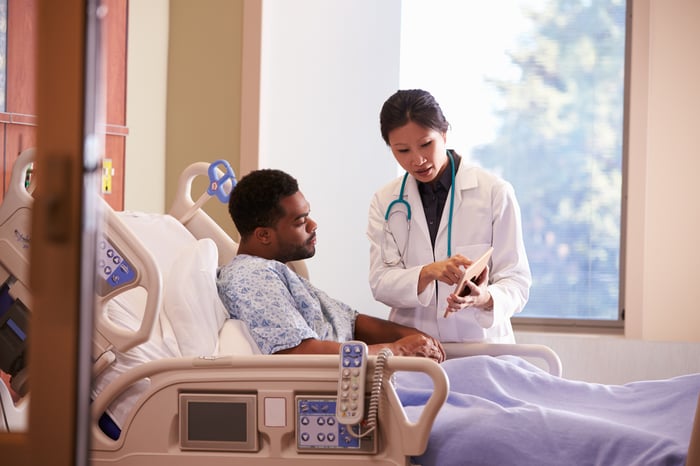 The company notes that eight of the 17 evaluable patients -- which includes some second-line and fourth-line or later patients -- had "stable disease or better." But when you go to the slides of the presentation for more details, it shows that only two of those patients had an actual response at their target lesion (and a partial response at that). The other six had stable disease. And the definition of stable disease is actually pretty broad -- three of the six had tumors that grew after two months.

Tyme argues that response rate in pancreatic cancer isn't a good indicator of survival because there's substantial scar tissue in the tumor, which will still show up on a scan, even if the drug is working.

To make matters worse, the poster on the company's website initially had the wrong graph of responses that included extra patients. Tyme said in an SEC statement that the company changed the figure because it included scans of patients who weren't at two months. It appears to be an honest mistake, but investors may be questioning whether there's more to it than that.

This year, Tyme plans to advance SM-88 into a clinical trial designed to get the drug approved for third-line pancreatic cancer. Presumably, the Food and Drug Administration will require that study to have a control arm comparing SM-88 to either placebo or perhaps physicians' choice, as there's no standard of care for late-line patients.

Based on the small number of patients and lack of responses in the data released today, it's hard to know whether the drug is actually working well enough to see an increase in survival in a controlled clinical trial.

Why Tyme Stock Got Demolished Today

Why Tyme Technologies Stock Is Crushing It Today