The major benchmarks made gains, but Netflix fell despite reporting a strong quarter. Elsewhere, Apple and Johnson & Johnson announced a new collaboration.

Stocks moved up Friday due to optimism that the U.S. and China will reach a settlement on trade, as well as more signs that the Fed will be flexible on interest rates. The Dow Jones Industrial Average (^DJI -0.56%) and the S&P 500 (^GSPC -0.09%) both added more than 1%. 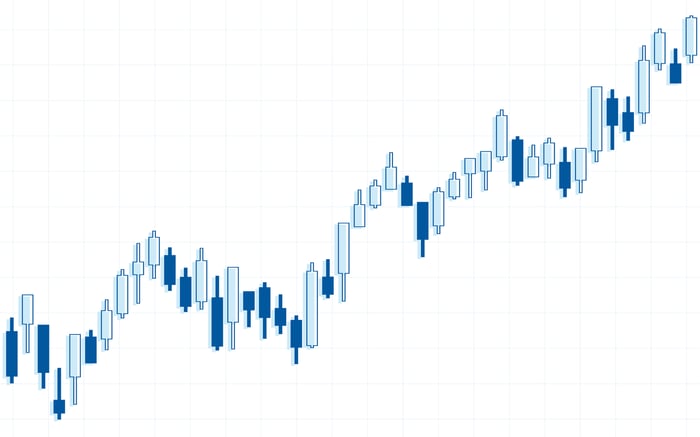 Netflix reported fourth-quarter results that missed its forecast for revenue, but beat its estimates for earnings and the closely watched metric of subscriber additions. Shares fell 4% but were still up 0.4% for the week after the company announced a price increase on Tuesday.

Revenue grew 27.4% to $4.187 billion, a bit below its forecast of $4.199 billion. Netflix added 8.84 million new paid subscribers in the quarter, 34% more than it added in the period a year earlier and beating its forecast of 7.6 million additions. Earnings per share came in at $0.30, compared with its forecast of $0.23. Free cash flow for the full year came to an outflow of $3.02 billion, at the low end of the company's original forecast range of $3 billion to $4 billion.

Netflix expects to add a record 8.9 million new paid memberships next quarter, indicating it doesn't expect the price increase in the U.S. to have much of an impact on the global popularity of its service.

Apple and J&J team up to prevent stroke

Apple and Johnson & Johnson are collaborating on a study using Apple Watch and an app from the healthcare giant to prevent stroke and other complications from atrial fibrillation. Shares of J&J closed up 1.2%, while Apple stock added 0.6%.

The multiyear, large-scale study of people over the age of 65 in the U.S. will commence in 2019, and will use the electrodes and optical sensors in Apple Watch to detect atrial fibrillation, an irregular heartbeat generally imperceptible by the person affected. Between 2% and 3% of North Americans and Europeans are affected by the condition, with the percentage increasing to 4% in people between the ages of 60 and 70, and 14% in the elderly over 80. Atrial fibrillation is responsible for approximately 130,000 deaths in the U.S. every year, and causes almost one-third of all strokes.

Apple is making a push into healthcare, with CEO Tim Cook saying in a recent interview on CNBC that new services are coming this year.