It will take more than the massive cloud computing muscle of AWS to grab a significant share of the fast-growing video game market.

A report published recently in The Information said that Amazon (AMZN 3.58%) is working on cloud-based video game streaming service that would allow users to play top-notch video games (think the blockbusters that people buy new consoles just to play) without the need for high-end video game consoles. Instead, users would pay a monthly subscription fee and be able to play those games on nearly any device or screen they own.

This could potentially catalyze a big change in an industry that's still dominated by physical video game disks and consoles. And for Amazon, the move would represent yet another large step toward selling more services to customers. 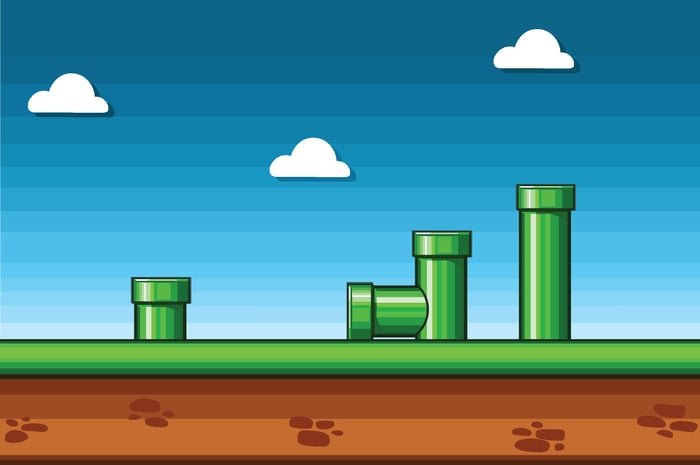 Why a video game service could be big for Amazon

A video game streaming service represents an opportunity for Amazon to combine its cloud computing prowess with the growing video game industry. Globally, video game industry sales are expected to rise from $137.9 billion last year to more than $180 billion in 2021, according to market research company Newzoo.

That's a significant market that Amazon is only nominally involved with right now. The company bought Twitch, a platform that allows users to view video game livestreams, back in 2014 for $970 million. But this rumored offering would take Amazon's video game interest to an entirely new level, allowing the company to benefit from the ongoing shift from console gaming to mobile games. Last year, mobile games accounted for 51% of all video game sales, and by 2021, they're forecast to make up 59%.

The highest quality video games have intense video processing demands that require high-end graphics processors, so any streaming service would require a heavy-duty cloud computing solution. But Amazon's Web Services (AWS) would easily be up to the task. It currently holds the largest slice of the public cloud computing market -- AWS's approximately 34% share puts it far ahead of its nearest rival, Microsoft (MSFT 3.42%), which has just a 14% share.

This isn't a slam dunk yet

The shift from a video game business that is dominated by consoles with physical disks spinning inside of them to one that's led by cloud-based gaming services is already overdue. Hardware agnostic streaming subscriptions now deliver a large segment of our movies, television shows, and music -- it's time for the same transition to happen to video games.

But Amazon won't have this market all to itself when its service launches. Alphabet's (GOOG 5.20%) (GOOGL 5.11%) Google is reportedly working on its own video game streaming platform, and Microsoft is already promoting its own upcoming service, called xCloud. Microsoft says xCloud will allow users to play games on consoles, PCs, and mobile devices; the company will begin public trials of the service this year.

Microsoft has a clear advantage over Amazon in the gaming space, considering that it sells one of the most popular gaming consoles on the market. Additionally, Microsoft would have a better understanding of how to get games working across varying devices because of its experience with PCs, smartphones, and software.

All of this means that while Amazon could certainly benefit from a new video game streaming service, this market won't be a slam dunk for it to dominate. Investors should be cautiously optimistic about such a service, but understand that when, and if, it launches, Amazon will be entering a market where Microsoft and others have held sway for years -- and they're not likely to let a newcomer steal away their video game crowns any time soon.