Intel needs fresh strategies, but acquiring its biggest rival is an absurd idea.

Intel (INTC -0.63%) could be "pondering the acquisition" of Advanced Micro Devices (AMD 0.06%) according to a recent EE Times report, citing "an intriguing rumor" circulating at CES. In theory, a takeover would cement Intel's position as the world's top maker of x86 CPUs, expand its portfolio with AMD's GPUs and embedded SoCs, and possibly conclude its CEO search by appointing AMD CEO Lisa Su as its new leader. But in reality, an Intel takeover of AMD could never happen for five simple reasons.

1. Regulators would never approve it

Intel controls about three-quarters of the PC CPU market and more than 90% of the data center CPU market. Its only viable competitor in both markets is AMD, the only other major producer of x86 chips, so the takeover would transform the duopoly into a monopoly. 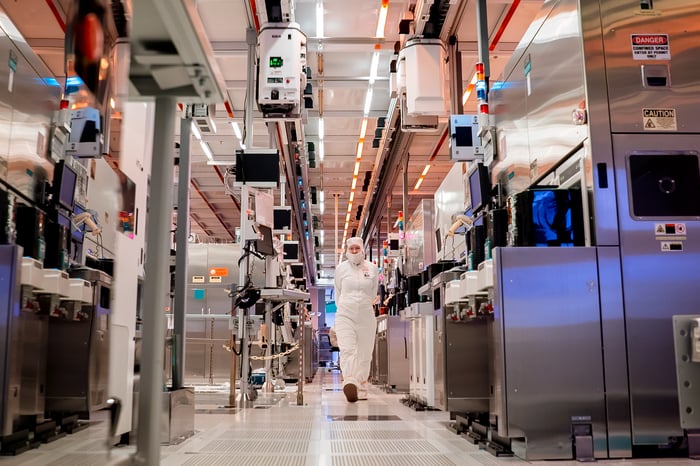 It's highly unlikely that antitrust regulators in any country would approve the merger, since it would give Intel absolute pricing power and control over the consumer and data center CPU markets.

Intel's $17 billion purchase of Altera and its $15 billion takeover of Mobileye are its two largest acquisitions to date. AMD has an enterprise value of about $20 billion. Factoring in a 50% acquisition premium, it could cost Intel up to $30 billion to seal the deal.

That would be a massive purchase for a company that finished last quarter with just $3.4 billion in cash and equivalents. Intel is also still gradually paying off the $25 billion in debt it accumulated from its previous deals.

Intel plans to finish fiscal 2018 with a non-GAAP free cash flow of $15.5 billion, but it already deployed most of that cash ($12.6 billion in the first nine months) on buybacks and dividends. Therefore, if Intel is still looking for acquisitions, potential targets should be much smaller than AMD.

If Intel buys AMD, it would inherit its discrete GPU business, which is struggling with competition from NVIDIA (NVDA 0.93%) and the loss of cryptocurrency mining revenues. 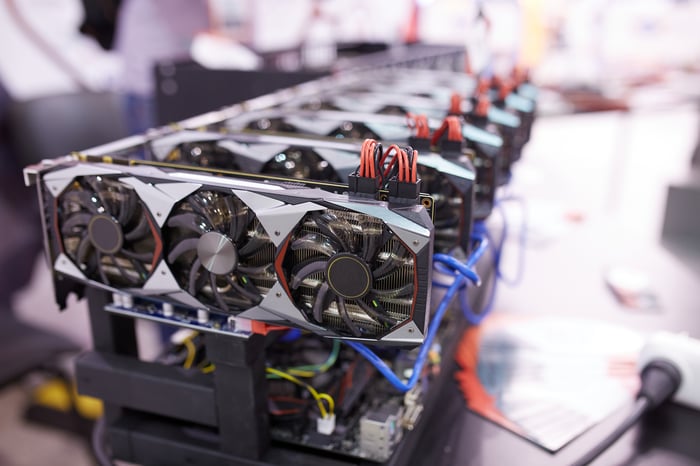 Intel's acquisitions of Altera and Mobileye expanded its reach beyond the "mature" markets of PC and data center CPUs. Altera provided it with programmable chips (FPGAs), which can be customized for a wide range of industries. Mobileye gave Intel a leading position in the ADAS (advanced driver-assistance system) market and computer vision chips for autonomous cars.

Intel also acquired smaller companies, like the computer vision chipmaker Movidius, the machine learning firm Nervana, and the IoT (Internet of Things) and ADAS company Yogitech. These moves all indicate that Intel wants to evolve by expanding its reach into newer higher-growth markets, but buying AMD would merely increase its exposure to the older PC and data center CPU markets.

5. There are better takeover targets

Ambarella, which makes image processing SoCs and computer vision chips, has an enterprise value of about $860 million. Acquiring it would take out one of Mobileye's chief competitors, and expand its reach in cars, drones, and other connected camera markets.

In other words, it would be smarter for Intel to acquire these smaller players than to make a massive bid for AMD, which would inevitably trigger an antitrust probe, increase its exposure to older chip markets, and boost its long-term debt. Therefore, investors should ignore this latest rumor and focus on Intel's other challenges -- like finding a new CEO and overcoming its chip shortages.