It's no secret that chip giant Intel (NASDAQ:INTC) hasn't been able to satisfy all the demand for its products, creating a processor shortage. On one hand, it's a good thing that Intel can sell everything it can make. On the other, missing out on potential revenue and frustrating your customers, thereby opening up opportunities for competitors, isn't so good.

Although Intel won't report its financial results until after the market closes on Jan. 24, computer hardware-focused website Tom's Hardware recently published an interview with Charles Chiang, the CEO of MSI, a company that sells PCs and individual PC components such as motherboards and graphics cards. In that interview, the executive offered some insight into when Intel's processor shortage might be resolved. Let's take a closer look. 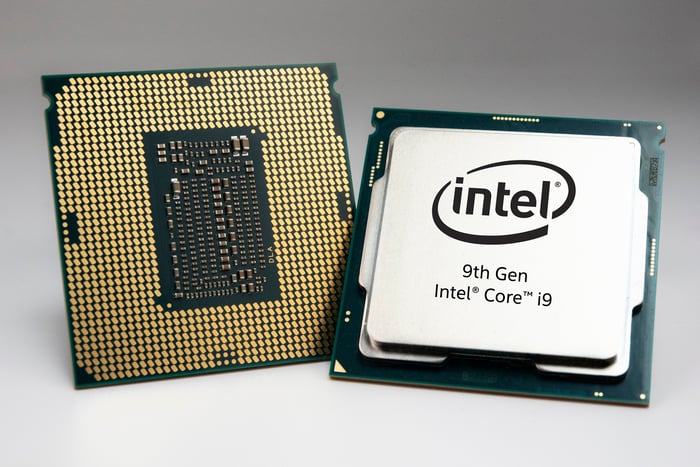 It's getting better, but...

Chiang told Tom's Hardware that the Intel CPU supply situation will continue to be "challenging" in the first quarter of 2019. However, he did indicate that the shortages are set to ease as the year progresses and that by the fourth quarter of 2019 it will "definitely be no problem."

This isn't a surprise. After all, adding chip manufacturing capacity takes a significant amount of time. Recent demand for the company's PC processors and data-center processors has turned out to be much more robust than the management expected, and since Intel didn't put in enough manufacturing capacity to meet this demand, its customers are going to be constrained until it can bring new capacity online.

Chiang also offered some insight into how Intel has been prioritizing the shipment of its various products. The company's official line is that it's focusing its manufacturing efforts on its higher-end Core PC processors and its data-center processors, but Chiang provided a more granular look into Intel's supply priorities.

Chiang said Intel prioritizes data center processors first, notebook PC processors second, and desktop PC processors last. That shouldn't be news to investors. While Intel's results for the entirety of 2018 aren't in yet, the company's financial results through the first three quarters of the year paint a clear picture: Intel's priorities are in line with the magnitude of the revenue it generates from each segment.

Indeed, during the first nine months of 2018, Intel reported that its revenue from data-center platforms was $15.56 billion. Notebook platform revenue trailed slightly behind, at $15.55 billion. In a distant third was desktop revenue, at just $9.09 billion.

Moreover, Intel's priorities also match up nicely with the growth rates of each of these segments. Intel has indicated publicly that it didn't see a shortage in the third quarter, so we can assume the following numbers and the year-over-year growth rates weren't affected by the juggling the company has been doing lately to try to optimally allocate supply.

The company's priorities represent nothing more -- and nothing less -- than its decision-makers' attempts to focus manufacturing capacity on the segments they deem most important to the company's long-term health.