Investors missed the cash payout that comes with a buyout, but patient money could do even better with a successful turnaround.

Investors raced for the exits after Arconic (HWM -1.74%) walked away from a $10.7 billion deal to sell itself to a private equity firm, with shares falling 16% on Jan. 22 after the decision was announced.

Given Arconic's struggles since its 2016 spin-off from Alcoa, it's easy to see why shareholders were eager to take the sure thing of a cash buyout. But Arconic was being sold on the cheap, in part due to its historic underperformance. Long-term investors now have a chance to participate in a potential Arconic turnaround. If the company succeeds, investors could do even better than the $22.20 per share offer that Arconic rejected from Apollo Global Management. 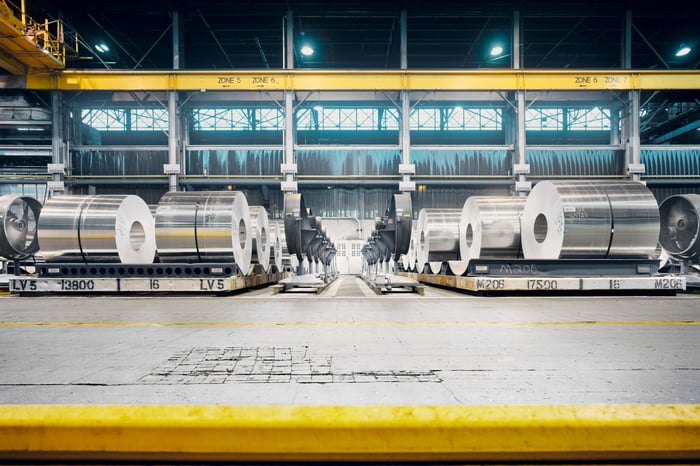 A good deal for everyone but shareholders

Arconic, maker of aluminum and other metal parts for the aerospace, automotive, and industrial sectors, was cobbled together via Alcoa's mergers and acquisitions as an attempt to rely less heavily on the commodity cycle and move toward higher-margin finished products.

As part of the spin-off, the new company was saddled with most of Alcoa's debt, and the more than $8 billion in obligations likely complicated the buyout talks and put a damper on valuation. Based on earnings since the split, it has become increasingly apparent that Alcoa did a poor job integrating the businesses it purchased.

Arconic CEO Klaus Kleinfeld, who headed Alcoa prior to the split and who orchestrated the rollup that became Arconic, was ousted in April 2017 as part of a dispute with activist fund Elliott Management. It took the company nearly 10 months to hire his replacement, Chip Blankenship, who concluded after a few months on the job that Arconic is plagued by performance "variation" across its production sites that will require time and spending to solve.

It wasn't long after those comments, in July of last year, that reports of buyout talk first surfaced. I said at the time that a deal made sense for all parties except public shareholders: Going private would allow Blankenship and his team time to rework Arconic with less public scrutiny and without pressure to show quarterly incremental progress. And Apollo or another private equity firm had the potential to flip Arconic for a significant profit if that turnaround were successful.

Given that Arconic shares traded above the $22.20 price for much of the period between its separation from Alcoa and early 2018, many longtime holders would have been underwater had the buyout gone through. 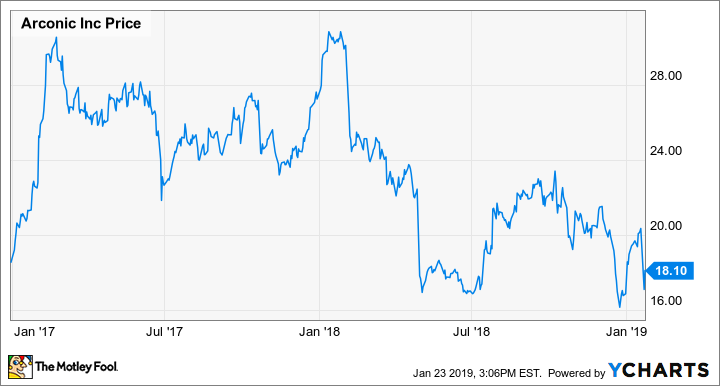 This is no slam-dunk

With Apollo gone, investors have a chance to capitalize on a turnaround. The potential for Arconic is exciting, but Blankenship and his team have serious challenges ahead.

Arconic enjoys exposure to red-hot sectors including the narrow-body commercial aircraft market. Last year it signed a new long-term agreement with Boeing to supply aluminum sheet and plate for all commercial models. It also has a collaboration with Lockheed Martin to develop 3D metal printing techniques and is marketing a new high-temperature titanium alloy for aerospace.

The company will continue to look for a buyer for its building and construction systems business, and it could look to divest other, slower-growing businesses in order to focus on aerospace and other top-performing sectors.

However, Arconic still has that substantial debt burden as well as unresolved liabilities due to London's Grenfell Tower fire in 2017. Factor in the number of questions surrounding the health of the global economy, particularly China, coupled with the impact of tariffs and currency fluctuations due to trade wars, and Arconic could suffer a slowdown in key businesses, while having to manage that debt load and navigate its transformation.

When campaigning to oust Kleinfeld, Elliot Management pegged Arconic's potential worth at between $33 and $54 per share, but that's if the company overhauled management, cleaned up operations, and cut costs. I wouldn't hold them to those exact estimates nearly two years later, but the logic was sound and remains true today.

With Apollo out of the picture, investing in Arconic is a bet that Blankenship and his team can at long last do the work that Alcoa should have done years ago and mold this collection of assets into a well-performing company. It's certainly not a given, especially with trade tensions running high, but I can understand why smart money like private equity would be intrigued and investors with a stomach for some turbulence should be interested as well.

It's going to take some time, but I believe long-term holders will do well from Arconic calling off its sale.