Shares of Southwest Airlines (LUV 4.98%) stock surged nearly 6% in early trading Thursday before retracing toward a 4.7% gain as of noon EST. The discount airline reported this morning that it earned $1.17 per share on $5.7 billion in revenue in its fiscal fourth quarter 2018, beating expectations on both fronts despite suffering from higher fuel and labor costs .

Southwest noted that fuel costs rose about 4% year over year in the fourth quarter, and 7% for the full year, in comparison to fiscal 2017 costs. 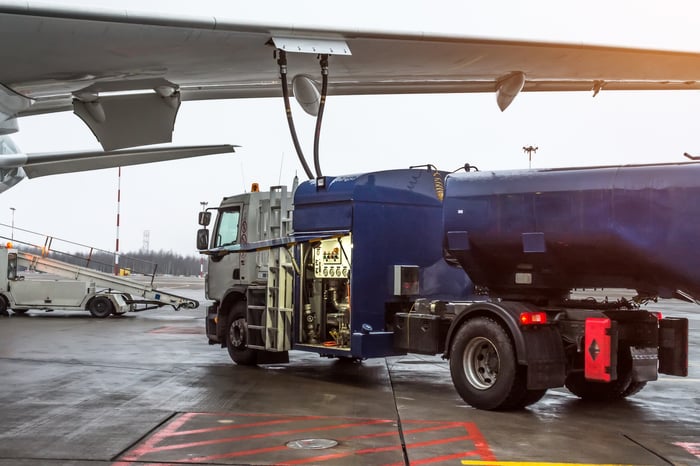 Although management didn't give firm guidance for what it expects to earn after deducting these costs, it did note that "passenger demand is healthy," and Southwest is forecasting "first quarter 2019 RASM to increase in the four to five percent range" -- so more than enough increase in traffic to keep profits growing despite the rising cost of doing business in any case.