Mark Zuckerberg wants to integrate messaging across Instagram, Messenger, and WhatsApp to see what opportunities arise.

Facebook (META 2.79%) says over 2.6 billion people use at least one of its apps. But even its biggest app, the flagship Facebook app, has just 2.3 billion monthly active users. Its other apps -- Instagram, WhatsApp, and Messenger -- have 1 billion to 1.5 billion active users, per Facebook's latest updates.

There's a lot of value that could be unlocked if Facebook can connect its users across all of its platforms. At least, that's what CEO Mark Zuckerberg believes. He plans to integrate messaging services across Instagram, WhatsApp, and Messenger to enable users to communicate across platforms, according to The New York Times.

The move will require thousands of engineers to reconfigure the apps to all work in harmony and ensure end-to-end encryption on all messages. (End-to-end encryption means only the sender and receiver can see the contents of a message.) Facebook hopes to complete the project by late 2019 or early 2020.

Zuckerberg has made cross-platform messaging a priority for 2019. Here's why investors should care. 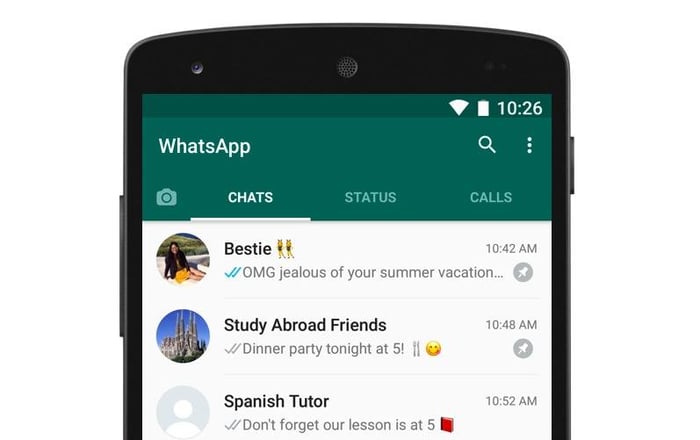 Facebook has long maintained that its suite of apps are all generally used for different things. Facebook is for keeping up with old friends and connecting with new ones. Messenger is for chatting with those friends. WhatsApp is used for chatting with close friends outside of North America, but often used for messaging acquaintances and businesses. Instagram is more interest-based than Facebook and focused fully on photos and videos.

But there's increasingly overlap between the apps. Facebook and Instagram are moving deeper into commerce. The company says over 800 million people use Facebook Marketplace, and it's developing a dedicated shopping app for Instagram due to the popularity of the activity. Integrating messaging across its platforms would allow merchants on Facebook's apps to have one dedicated social app for answering customer questions and providing customer service.

Facebook introduced the WhatsApp Business app last year. It later rolled out a service that helps businesses send automated messages to customers like shipping updates or marketing messages for a small fee. Businesses would be able to reach an even broader audience with those tools if Facebook integrated messaging across all of its apps. It would also make it easier for Facebook to build a customer base and improve the product more quickly instead of making a new set of tools for businesses to learn for each app.

There are likely other opportunities Facebook could capitalize on by opening its entire audience of 2.6 billion users to each other and businesses.

There's also an opportunity for Facebook to increase engagement across all of its platforms by improving the communication functionality. If it becomes more seamless to share something found on Instagram or Facebook with friends on Messenger or WhatsApp, it could draw more users to all of its apps. Users can start a conversation in one app and pick it back up in the app that provides the best context.

That said, one WhatsApp employee reportedly ran an analysis of how many new users the integration would bring to WhatsApp in the U.S. The analysis showed a "relatively meager" number of new users, according to The New York Times.

Still, Facebook's mission is to bring the world closer together. It's hard to deny expanding the reach of its communication apps wouldn't do that in at least some way.

What's there to lose?

Even if the benefits of integrating messaging across its apps don't come to fruition, the downside for Facebook and its investors is relatively limited. Certainly some employees aren't happy with the initiative; the founders of WhatsApp and Instagram have left the company as Facebook looks to integrate all of its properties more closely. Some WhatsApp employees have left or plan to leave because of the plans.

The company will also dedicate thousands of hours in engineering to knitting together the messaging services.

But the investment pales in comparison to Facebook's beefed-up security investment. The company doubled its safety and security team to 20,000 people in 2018. The impact in operating expenses from enabling cross-platform messaging and end-to-end encryption on all of its apps ought to be substantially lower, but with a lot more upside if things work out.

There's risk to the plan, but it seems like a risk worth taking.