GE's earnings are more about its future direction than where the company has been in the last three months.

There's no way to sugarcoat this. The forthcoming earnings for General Electric (GE -0.20%) won't be pretty. The two segments set to be the core of the company going forward, power and aviation, are facing some near-term headwinds. That said, investors shouldn't focus too much on the last three months, and should instead look out for the guidance management gives for 2019. Here's what to bear in mind when GE gives earnings at the end of January.

The analyst consensus for fourth-quarter earnings is for revenue of $32.67 billion and earnings per share of $0.23, but don't be surprised if the numbers differ from expectations.

Moreover, bearing in mind that CEO Larry Culp declined to give any specific guidance on the third-quarter earnings call, it's fair to say that management has given itself some much-needed latitude in which to bury bad news in the fourth quarter. 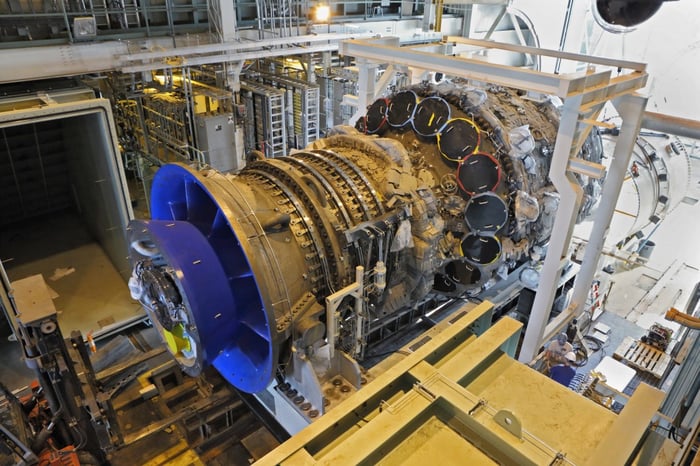 Starting with the much-maligned power segment, the chart below shows how the segment's profit and margin deteriorated in 2018. It's not only that power has been weak, but that its performance has been significantly weaker than the former CEO John Flannery and current CFO Jamie Miller guided toward.

For example, management started 2018 with implied segment profit guidance of $2.45 billion, only to cut it to $1.95 billion come the first-quarter results. It gets worse. Following an appalling set of results in the third quarter, it became clear that GE power wouldn't get anywhere near guidance for the full year. 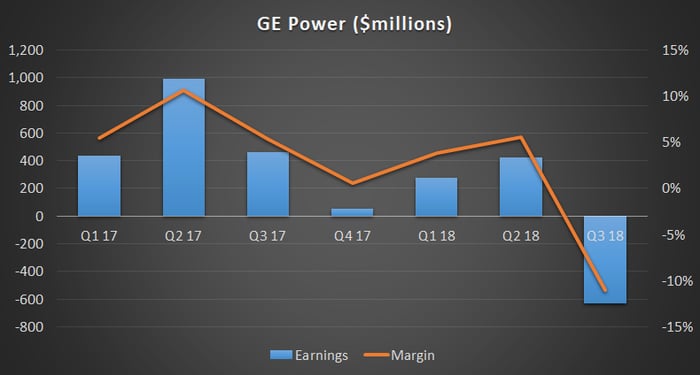 The fourth quarter isn't likely to be much better for GE power. There are three issues to focus on:

All told, it's likely that GE power is going to put in a weak performance in the fourth quarter.

The segment has been the star performer, but for the right reasons, it's possible that its margin could come under pressure in the coming quarters. The reason is that CFM International (a joint venture between GE and Safran) is ramping up production of its LEAP aircraft engines. The LEAP engine is used on both the Boeing 737 MAX and the Airbus A320 NEO -- the two aircraft set to be the workhorses of the global commercial aviation industry.

The near-term problem is that LEAP engines are initially loss making -- the real money is made on the aftermarket servicing, which kicks in after a few years of engine use. Unfortunately, LEAP production has fallen behind schedule in 2018, and after 739 were produced in the first three quarters, around 410 to 460 must be produced in the fourth quarter for CFM to hit its target.

If this target is hit, aviation could see its margin come under pressure in the fourth quarter. 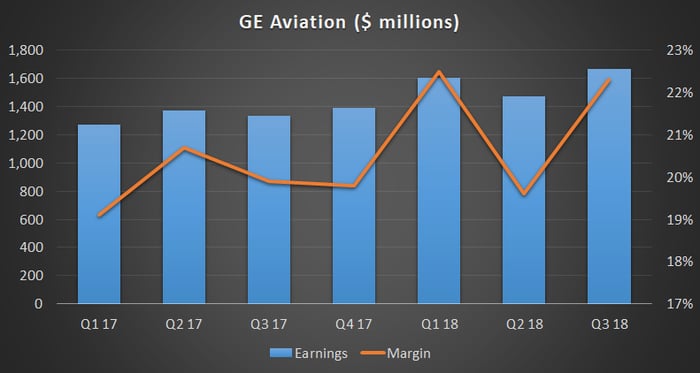 There's a real risk that GE's earnings may come in below expectations in the fourth quarter, but investors shouldn't panic if it's for the reasons outlined above. Starting with power, the blade turbine issue is likely to be a one-off, and it's better if GE makes the repairs sooner than later. Moreover, it's possible that GE power has been losing money by cutting equipment prices in order to win market share so it can generate more service revenue in the future.

Regarding aviation margin and LEAP, it's a "problem" that investors should fully welcome. The reality is that the quicker LEAP engines are in use, the quicker GE can start to generate long-term streams of recurring aftermarket revenue.

All told, the important thing to focus on is where CEO Larry Culp intends to steer the ship in 2019 and beyond, rather than the minute details of what happened in the fourth quarter of 2018. It won't be a pretty quarter, but the work of rebuilding GE starts with the upcoming earnings call.