Cirrus Logic stock looks set to take a hit. Can the company's diversification efforts save it?

Apple ( AAPL 1.60% ) supplier stocks have been in the hot seat over the past few months thanks to speculation about weak demand for the latest iPhones. Now that Cupertino has confirmed that the rumors are true and its sales will decline on an annual basis for the December-ended quarter, Apple supplier stocks are in for a rough ride this earnings season.

Cirrus Logic ( CRUS 0.68% ) could be a major casualty of Apple's problems because it relies on the iPhone maker for a whopping 82% of its total revenue. The audio chip specialist is set to release its fiscal third-quarter results on Jan. 30. Investors should brace for a hard landing. 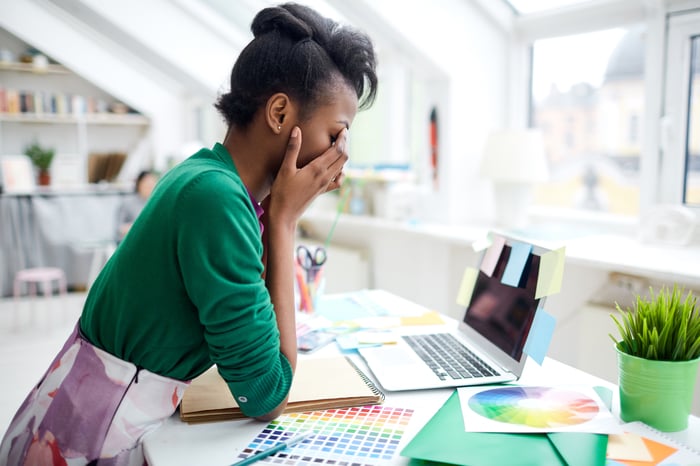 Cirrus Logic's earnings are expected to drop by almost half year over year to $0.80 per share, thanks to an expected 33% decline in revenue to $320 million at the midpoint of company guidance. The company slashed its third-quarter sales guidance to a range of $300 million to $340 million in early December, down from the prior revenue forecast of $360 million to $400 million.

Investors shouldn't expect any turnaround in the fourth-quarter forecast, as supply chain reports suggest that iPhone production could decline substantially over the January-March period. Supply chain sources tapped by the Nikkei Asian Review suggest that iPhone production during the first quarter of calendar 2019 could be reduced to 40 million-43 million units, down from the prior estimate of 47 million-48 million units.

The midpoint of that production forecast indicates that Apple's iPhone sales could drop around 20% from the 52.2 million units that it had shipped in the year-ago quarter. It is always a good idea to take these production estimates with a grain of salt because they don't come straight from Apple, but they do provide an indication of the hit that a supplier like Cirrus Logic could take.

Analysts are already predicting a year-over-year drop in fourth-quarter revenue, but if Cirrus' guidance for the quarter is even worse than analysts are predicting, it could have a negative impact on the stock. The stock is already trading close to its 52-week low after losing 30% of its value over the past year and is lacking catalysts. Things look bleak for Cirrus going into its first earnings report of the year.

Can Cirrus spring a surprise?

Cirrus positively surprised investors back in October by exceeding Wall Street's sales and earnings forecasts by a wide margin, but that beat was driven by a shift in revenue from the third into the second quarter. It is unlikely that the company will have a similar tailwind this time around.

Cirrus investors, however, will be paying close attention to what management has to say about the non-Apple business. The company is confident of recording top-line growth in the fiscal year that begins in April, and for that to happen, its design wins with Android smartphone makers will have to start paying off.

Cirrus seems to have made some progress on this front, as it recently started shipping its chips for a flagship Android customer in North America. The company was also excited about expanding its footprint at a large Android original equipment manufacturer to which it is now supplying chips for multiple models.

As management said in November, Cirrus also expects "additional flagship devices utilizing our technology to launch over the next six months." However, if these contracts aren't big enough to mitigate the iPhone slowdown, Cirrus investors can expect further stock price erosion.

Here's How the iPhone 13 Could Make You Richer

Should You Buy This Tech Stock on the Verge of Breaking Out?

Got $100? Buy This Hot Growth Stock Right Away