Management has trimmed loads of fat from its business, and its bottom line has benefited immensely.

Over the past few years, Norfolk Southern (NSC 0.48%) has been on a mission to lower its costs. That effort has paid off immensely recently as the company has drastically improved profitability and posted some of its best results for net income and earnings per share in its history.

What's even more surprising, though, is that management thinks a lot of costs can still be squeezed out of this business, even after it has taken its entire operating model back to the drawing board. Here's a quick look at Norfolk Southern's most recent results and why management thinks there is still a lot more to be done. 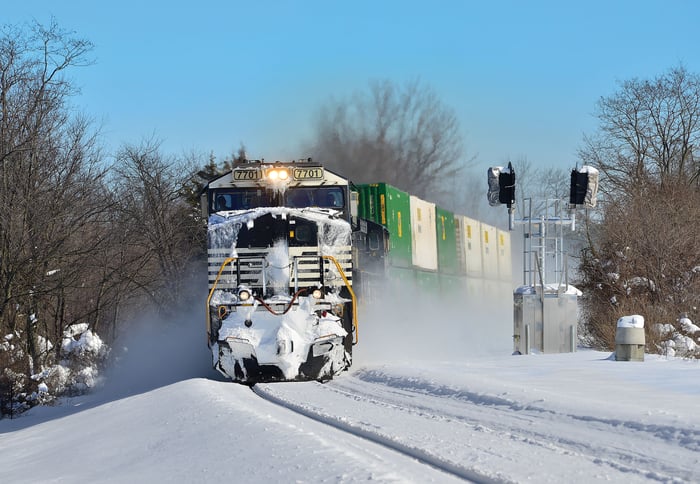 A quick note on last year's fourth-quarter result. Much of that result is from a one-time gain related to corporate tax rate changes at the beginning of 2018. So it's better to use operating income as the comparable number.

Even though Norfolk Southern's fourth-quarter revenue was down slightly from its record-smashing third-quarter results, the numbers were impressive in their own right. Even though merchandise and coal shipment revenues were down slightly, the intermodal segment continues to post incredibly strong results.

Intermodal is perhaps the one segment that most directly competes with trucking, and higher revenue for intermodal shipments is likely a result of a supply shortage of trucking and the high costs of moving containers on roads today. It's pretty obvious from these results that rail is benefiting from this issue. 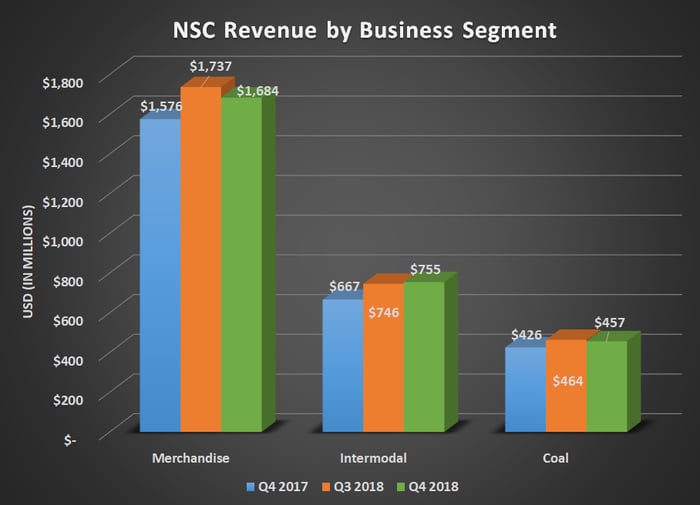 What is more impressive about these results is the fact that the company has been able to grow revenue considerably while keeping its costs in control. Management said that its operating ratio (industry lingo for the inverse of operating margin) was 62.8% for the quarter and resulted in a full-year operating ratio of 65.4%. This was the lowest on record for Norfolk Southern and puts the company well ahead of its objective of a sub-65% operating ratio by 2020.

Norfolk Southern's conference call was rather short on details because its investor day presentation is coming up in February, but one thing that CEO James Squires pointed out was the gains the company has made in improving costs.

I do want to emphasize a couple of things that [COO] Mike [Wheeler] pointed out in his portion of prepared remarks. We posted annual records and key productivity measures in 2018. Locomotive efficiency and train size for example. We stored more than 300 locomotives in the fourth quarter and we returned 100 leased locomotives. And that was while over the course of 2018, we handled record volume and record gross ton miles.

In the latter part of the fourth quarter, we achieved our highest monthly network velocity for 2018. That was in December, with service and velocity continuing to improve in first quarter. So the point is, we have a lot of momentum early in 2019 as we head into our new planned period. We've gained traction through clean sheeting and full implementation of our network operations center.

Clean sheeting, which Squires mentions here, has been an effort do redesign all operations from scratch. It is a part of the company's effort to implement precision scheduled railroading, an operations model that every public North American railroad company has either implemented or is in the process of implementing.

You can get a full transcript of Norfolk Southern's conference call here. 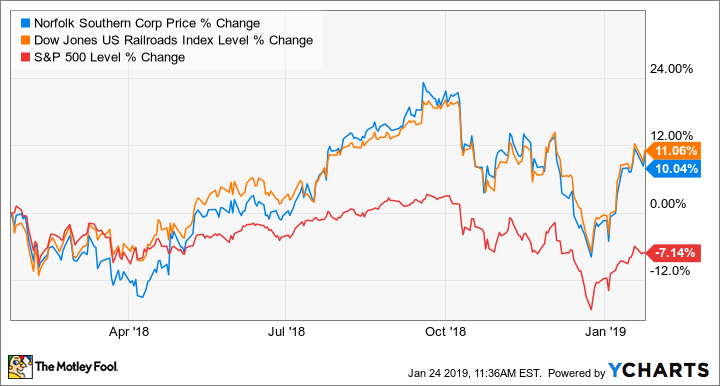 Norfolk Southern has been an industry laggard for years when it came to operating costs. This most recent effort to revamp its operating models has really paid off, though. It wasn't that long ago that the company was posting operating ratios above 70%, so for it to have gotten to 62.8% in the most recent quarter is remarkable.

Some of management's new operating model is not yet complete, and it is still implementing components of the precision railroading system. Considering that it was able to achieve these cost controls before completing this process suggests there are still several more gains to be made. That bodes well for investors enticed by Norfolk Southern's industry-leading dividend yield of 2%.

If You're Retired, Consider Buying These 3 Stocks
356%