Please ensure Javascript is enabled for purposes of website accessibility
Log In Help Join The Motley Fool
Free Article Join Over 1 Million Premium Members And Get More In-Depth Stock Guidance and Research
By Daniel B. Kline – Updated Apr 23, 2019 at 10:08PM

The winner may not surprise you, but it's notable anyway.

T-Mobile (TMUS -0.76%) has made customer service and tweaking its rivals -- specifically AT&T (T -1.57%) and Verizon (VZ -2.00%) -- core parts of its business plan. Through its Team of Experts approach to helping customers, the carrier has tried to take something that was a pain point for the entire industry and fix it.

That's something CEO John Legere loves to do, and fixing pain points has been at the core of the company's Un-carrier strategy. That has led it to do everything from dropping contracts, offering only unlimited service, eliminating overages, and generally working to keep customers happy.

So it is not all that surprising that two recent independent reports ranked the company in first place on customer satisfaction. One was a HarrisX poll of 360,000 wireless customers, and the other was by YouGov, albeit with a smaller sample size of 35,000. 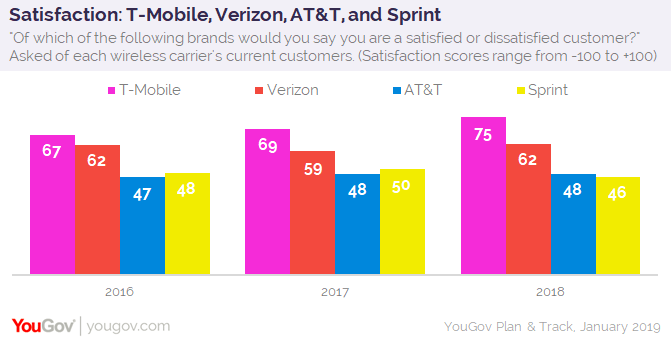 Why is T-Mobile the highest rated?

It's fair to say that T-Mobile has been more aggressive than AT&T and Verizon when it comes to addressing customer service. This isn't novel just in the wireless space; it's true in related industries, including cable and internet. In those cases, the major players had monopolies for years and still operate as if customers need them more than they need customers.

In wireless, AT&T and Verizon never had monopolies. But for years, they could claim to have better networks than T-Mobile and No. 4 carrier Sprint (NYSE: S). Those days are gone, with Sprint pointing out in its ads that all networks are pretty good now. That broad statement isn't always true when it comes to Sprint, but T-Mobile not only has a "good enough" network but one that has topped one of the two major national reports on wireless networks.

Once all networks are pretty much equal, that forces at least some customers to look a little bit deeper. T-Mobile has gone after consumers willing to switch by highlighting what its rivals are doing wrong and fixing it.

"The secret for having the happiest customers isn't a secret at all. I've been yelling about it for years! Listen to customers, fix their pain points, give them a great deal and awesome coverage. You'd think even Dumb and Dumber would get it by now," Legere wrote in a press release last year.

With Team of Experts, "a dedicated team of real people to help any time you call or text, with no bots, no bouncing, and no BS," in T-Mobile's description, the company has clearly addressed a customer pain point. In reality, customer service may run neck and neck with price when it comes to keeping customers happy because who thinks about their wireless carrier aside from when paying their bill, having a problem making a call, or dealing with customer service? 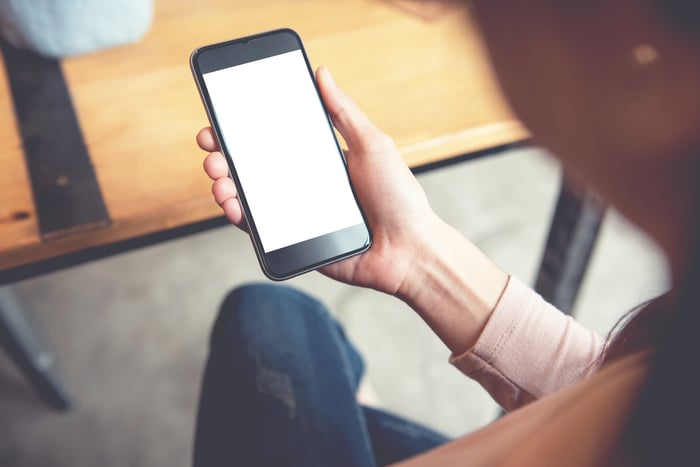 It's a simple plan

It does not take a marketing expert to understand that with all things being otherwise close to equal, consumers would want to give their business to a company that treats them well. Verizon and AT&T have always made their networks the star of the show -- front and center in their marketing.

T-Mobile has done things differently by making its efforts on behalf of not just its customers, but all wireless users, the focus of its marketing. People like T-Mobile because the company makes it clear that it wants to deliver the best experience possible, and its continued Un-carrier efforts show that won't be changing anytime soon.

That explains not only why T-Mobile has the most-satisfied customers but also why the company has added over 1 million customers for 22 straight quarters. It's a not-so-secret recipe: Treat people well and make their problems easier to deal with, and they'll probably like you more than your rivals that don't make customer satisfaction a major focus.

Why These Big-Time Investors Own T-Mobile
351%