Biotech may be a tough industry to invest in, but we've found three companies within that space that are worth looking into.

Biotechnology is a notoriously complicated industry to invest in. Products are difficult and expensive to design, develop, test, and bring to market. Companies live or die based on whether or not their compounds provide a compelling enough reward vs. their risks to gain approval. It's typically not until after they invest a whole bunch of money and time before they learn that fate, and by that point much of the investment money is often already earned or lost.

With that in mind, we asked three of our Motley Fool contributors to pick biotech companies that they felt had compelling enough prospects to be worth a potential investment consideration right now. They picked Vertex Pharmaceuticals (VRTX 1.96%), Regeneron Pharmaceuticals (REGN 0.72%), and Aimmune Therapeutics (AIMT). Read on to understand why. 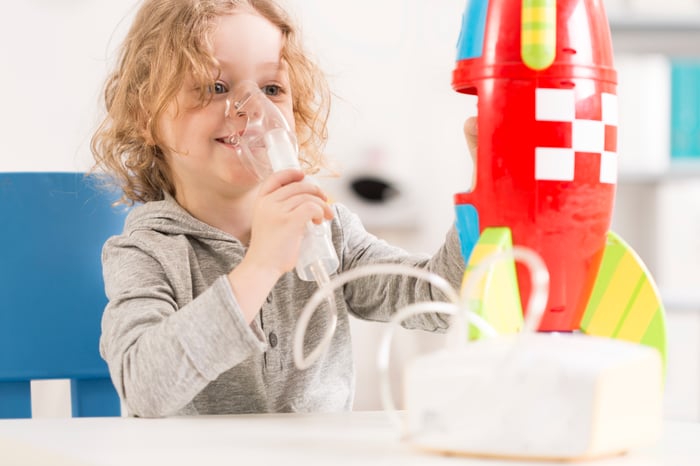 While there are other drugs that can help with some of the complications caused by CF, only Vertex has won approval so far for modulators of the CFTR protein that causes CF. The biotech's currently approved drugs Kalydeco, Orkambi, and Symdeko can treat nearly half of CF patients.

Vertex shouldn't have much of a problem in adding to its addressable market, though. The company thinks that winning label expansions for its three current drugs, including gaining approval to treat younger patients, will enable it to increase the number of CF patients its therapies can treat from 37,000 to 44,000.

But an even bigger opportunity is right around the corner. Vertex CEO Jeff Leiden said at the J.P. Morgan Healthcare Conference in early January that his company will file for FDA approval of a triple-drug CF combo by the middle of this year. If the biotech wins approval -- and it probably will -- that could open the path for Vertex to treat over 90% of CF patients.

A good time to pick up this big biotech

Todd Campbell (Regeneron Pharmaceuticals): The lackluster launch of Regeneron's cholesterol-busting drug, Praluent, in 2015 took the wind out of investors' sales the past few years, but there's reason to think this somewhat forgotten large-cap biotech is worth buying now.

In the past, investors worried competitors would make inroads against Eylea, but that's yet to happen. In January, Regeneron reported Eylea sales in the U.S exceeded $4 billion in 2018. (It also collects hundreds of millions more in royalties on sales outside the U.S. from Bayer every year.)

In addition to Eylea's ongoing strength, Praluent's sales of $80 million in Q3 2018 are becoming more meaningful. In the same quarter of 2017, sales were only $49 million. Its sales could head even higher this year if the FDA agrees in April to add study data showing it reduces the risk of cardiovascular events.

Regeneron's eczema drug, Dupixent, is even more exciting. Dupixent's global sales exceeded $262 million in Q3, putting it on track to be a billion-dollar blockbuster. Less than 15% of eczema patients have tried Dupixent, and an approval last year for use in asthma patients increased its addressable market by about 900,000 people.

The company's also making progress on its goal to be a top player in cancer treatment. It won FDA approval of its PD-1 drug Libtayo in advanced cutaneous squamous cell carcinoma (CSCC) last year, making it the only treatment approved for these patients. Roughly 7,000 people die in the U.S. because of this disease every year, so this approval could lead to significant sales for the company this year. Studies evaluating Libtayo in various other cancer indications are ongoing, so its addressable market may increase over time.

A potential victory for schoolchildren everywhere

Chuck Saletta (Aimmune Theraputics): Countless classrooms and school lunchrooms across the country have gone "peanut free" due to the common childhood peanut allergy. For the children who suffer from those allergies -- and their parents and classmates -- it can be both a frustrating and frightening problem to deal with.

Enter Aimmune Therapeutics, a company with an investigational immunotherapy product that looks like it has the potential to reduce severe allergic reactions to peanuts. That product, dubbed AR101 while in testing, has been submitted to the FDA for requested approval. The government shutdown slowed that approval process, but with the government at least temporarily reopened, the approval process can resume moving forward.

That is what makes now a reasonable time to consider investing in Aimmune Therapeutics. If its AR101 is approved, an estimated 1.7 million peanut allergy sufferers can potentially finally get relief from what can be a life-threatening condition. From an investor's perspective, the AR101 therapy offers hope for recurring revenues, as well. Unlike many "one shot" immunotherapy treatments, patients on AR101 would need to take continuing maintenance doses to maintain their desensitation to that allergen.

Of course, there are risks involved in investing in Aimmune. In particular, it currently has no revenue, so it's completely dependent on an approval in the not-too-distant future to remain viable. Should that approval not happen, the rest of its pipeline still hasn't entered clinical trials, which means they're a long way off from their potential approvals. That said, Aimmune's AR101 clinical trials showed generally positive outcomes, providing it a legitimate shot at gaining clearance.