On Jan. 28, graphics specialist NVIDIA ( NVDA 2.20% ) told investors it wouldn't hit the revenue guidance it had issued for its most recently completed quarter. The company now expects revenue of $2.2 billion for the period that ended in November, down from a prior projection of $2.7 billion. The miss was driven by softness in both its gaming and data-center businesses.

In addition to slashing its revenue guidance, the company ratcheted down its gross margin guidance from 62.5% on a non-GAAP basis all the way down to 56%. 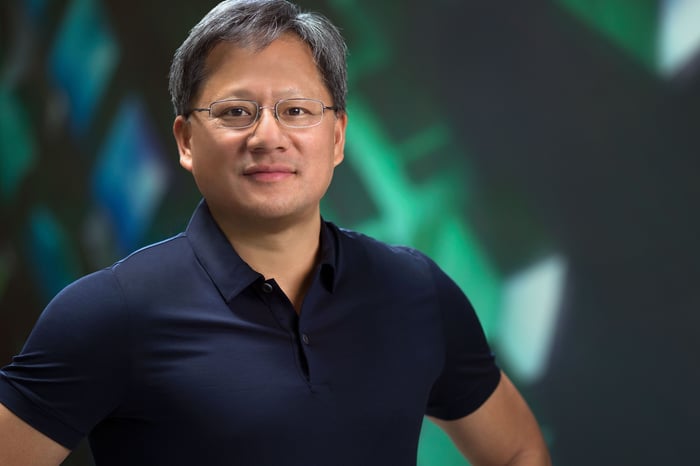 Although that gross margin decline seems bad, it's not as bad as it looks. Here's why.

The company said in its guidance update that it expected both GAAP and non-GAAP gross margin dollars to be affected "by approximately $120 million in charges for excess DRAM [dynamic random-access memory] and other components with the updated revenue guidance and current market conditions."

The good news is that these charges shouldn't recur, which means the gross margin percentage expected for the quarter isn't a reflection on the underlying business. I expect, barring any further negative developments, the company's gross margin guidance for the first quarter of its fiscal 2020 to climb back north of 60%. We'll know when NVIDIA reports its full earnings results on Feb. 14.

A silver lining to a very big cloud

NVIDIA's guidance reduction is very bad. Not only did the company's results for the quarter fall significantly short of its expectations, but you can bet that investors' longer-term revenue and profit expectations will come down, too.

Moreover, while NVIDIA's "real" gross margin percentage isn't as bad, the reality is that a $500 million reduction in revenue is still going to have an adverse impact on the company's profitability. As my Fool.com colleague Tim Green calculated, the company's current guidance calls for earnings per share (EPS) of $0.75 for its most recent quarter, a drop of more than 56% from the same period a year ago.

Even if NVIDIA hadn't been forced to take that charge for excess components and could report a non-GAAP gross margin percentage of 61.5%, the company's EPS would still be down a lot.

This isn't good. and I think NVIDIA management will have to face a lot of tough questions from the analyst community come Feb. 14.