3M's fourth-quarter earnings report reveals how China and tariff headwinds aren't as big as the market believes them to be.

With bellwethers like Caterpillar and NVIDIA fumbling on earnings thanks to China, investors in 3M ( MMM -0.28% ) were getting increasingly jittery about what to expect from the industrial conglomerate's fourth-quarter earnings report, considering that 3M derived 10% of sales from China/Hong Kong in 2017. 3M confirmed some of the market's fears when it downgraded the lower end of its organic sales growth guidance for fiscal 2019 by a percentage point to 1% on Jan. 29, citing weak demand from China.

Yet 3M's numbers and guidance aren't nearly as bad as what we've seen from some of the other heavyweights. Moreover, while China is largely to blame for the sales guidance downgrade, a company-specific action and not really China is responsible for 3M's lower earnings outlook for the full year. Again, that's not as bad as it sounds, as you shall soon see.

Don't get scared off by the income figures that the table below shows you from 3M's fourth quarter. Nor should you take the drop in 3M's sales too hard.

What happened with 3M this quarter?

Two factors hit 3M's top line in Q4: foreign currency translation and divestitures, primarily of its communications market division -- which was part of 3M's electronics and energy business -- to Corning for $870 million mid-last year. Otherwise, 3M grew organic sales by 3% during the quarter, driven by strength across all segments, especially healthcare and electronics and energy. That helped 3M grow adjusted EPS (GAAP EPS adjusted for tax-related and legal settlement gains/losses) by 10% year over year.

Total sales include the impact of acquisitions, divestitures, and foreign currency translation. 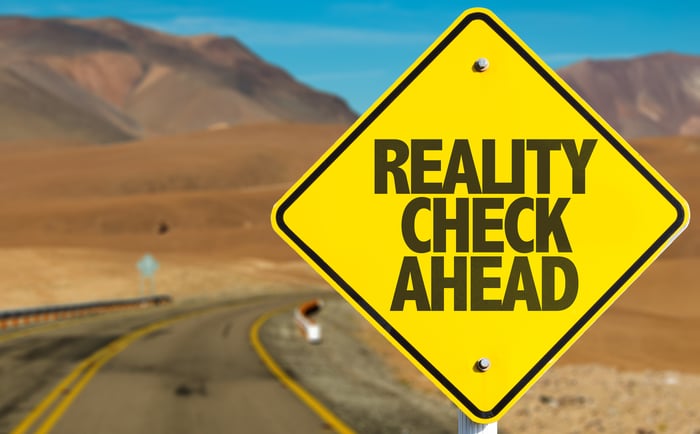 Here are some other highlights from the quarter you'll want to know.

While CEO Mike Roman believes 3M is "positioned for a successful 2019" and committed to delivering for its customers and shareholders, CFO Nick Gangestad provided useful insight into how the company plans to use cash to deliver value during 3M's Q4 earnings conference call (click for full call transcript). In Gangestad's words:

We expect another year of strong cash flow from operations with 2019 estimated to be between $9.5 billion and $10.5 billion prior to our investments in R&D and our global pension plans. All in, including cash, marketable securities, and added leverage, our 2019 plan calls for $14.5 billion to $16.5 billion of available capital. Our first priority for capital deployment remains investing in our business, which includes research and development and CAPEX, supplemented with acquisitions while at the same time returning cash to shareholders.

So while 3M intends to spend roughly $1.9 billion on research and development and $1.7 billion to $1.9 billion in capital expenditures this year, it will likely spend almost $2 billion to $4 billion on share repurchases, aside from rewarding shareholders with a dividend hike to maintain its Dividend King status.

3M laid out its FY 2019 guidance along with its five-year growth plans in its investor day presentation in November, but a slowdown in end markets, particularly China, electronics, and automotive, has compelled management to roll back its outlook for the year.

3M now expects organic sales to grow between 1% and 4% and earn GAAP EPS of $10.45 to $10.90 versus its previous projection of $10.60 to $11.05 in FY 2019. A $0.10-per-share negative impact from M*Modal is largely to blame for the earnings downgrade, as the acquisition wasn't announced and accounted for at investor day. That also means China isn't hitting 3M as hard, unlike what many fear, which is something investors might want to keep in mind. In fact, management also expects tariffs to hit its 2019 bottom line by only around $70 million now compared with the $100 million it last projected.

Segment-wise, healthcare's organic sales growth of 3% to 5% should be the fastest among all segments this year, in line with 3M's five-year financial goals through 2023.