Shares of the beauty specialist jumped after the company announced layoffs and received an endorsement from a hedge fund manager.

Shares of Avon Products (AVP) were surging today after the cosmetics company announced the next step in its turnaround plan, saying it would cut its workforce and trim its inventory. That news elicited cheers from Wall Street -- specifically hedge fund manager Bill Miller, chairman of Miller Value Partners -- as the stock was up 22.8% as of 3:03 p.m. EST.

The multilevel-marketing company known for the "Avon Lady" said it would lay off 10% of its global workforce, which comes on top of an 8% reduction last year. It said the move would result in a pre-tax charge of $100 million, but would also generate $97 million in annual pre-tax savings by the end of the year. 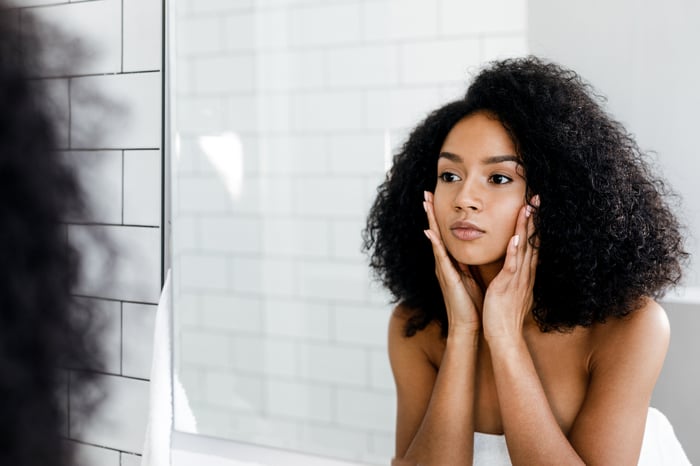 Additionally, Avon said it would reduce its stock keeping units, or the individual items it sells, by 25%, as part of a plan to cut inventory by 15%, which management said would simplify operations and reduce costs. The company will take an $88 million inventory obsolescence charge as a result of that move.

Avon CEO Jan Zijderveld said the decisions marked the next step in its "Open Up" Avon strategy to make the business simpler and leaner. He added, "This reset is an opportunity for us to sharpen our portfolio and concentrate on products that are important and relevant to our customer."

Notably, Avon announced the news last night, but the stock didn't surge until around 10:30 this morning when Bill Miller talked up the stock on CNBC, saying it could be a 10-bagger.

I wouldn't get my hopes up for Avon to have a tenfold increase in share price anytime soon, though. The company has been in the midst of a years-long turnaround that is yet to deliver results, as the company has sold its North American business and gone through multiple CEOs. Meanwhile, the stock has collapsed, losing 84% over the last five years as revenue growth has gone negative.

Further layoffs and inventory reductions could be the bitter medicine the company needs to get on surer ground, but its brand seems to have lost its former glory, and its multilevel sales model may be weaker in the mobile era than it once was.

We'll learn more when Avon reports fourth-quarter earnings on Feb. 14. Analysts are expecting earnings per share of $0.07, down from $0.12 a year ago, and for revenue to decline 9% to $1.43 billion.