It's shaping up to be a good year for investors. The S&P 500 has returned a little more than 26% so far in 2019 once you factor in dividends, but some unexpected stocks are performing even better.

Avon Products (NYSE:AVP) and DISH Network (NASDAQ:DISH) continue to post declining financial results. Facebook (NASDAQ:FB) seems to always be generating unflattering news coverage. Yet after falling out of favor, all three stocks are smoking the market this year. 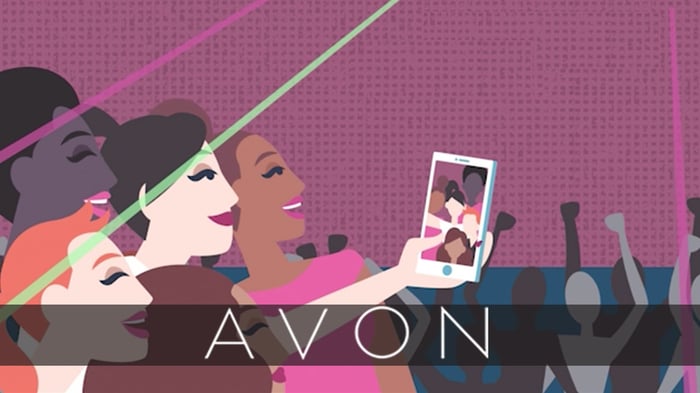 Few current brands have as much throwback appeal as Avon. The multilevel-marketing company may seem like something out of a time capsule, and business is in fact sliding. This will be the eighth year in a row of declining sales at Avon. However, the stock has bounced back this year thanks in part to the buzz generated by its "Open Up Avon" turnaround strategy.

Avon realizes that times are changing -- and have changed. We're no longer in an "Avon calling" era, so the beauty products icon is trying to rejuvenate its direct-selling model, reducing the number of items in its catalog and paring back inventory. It's also slashing its payroll. From a near-record low at the end of 2018, Avon stock has nearly tripled so far this year, making it one of 2019's most surprising winners.

Based on the news, one would not expect this to be a good year to own shares of Facebook. The headline risks are real for the social networking giant, which seems to be steadily losing more credibility with each new data privacy scandal or lawsuit that bubbles to the surface. CEO Mark Zuckerberg has become Saturday Night Live fodder whenever he gets summoned to provide congressional testimony. Yet from a business perspective, Zuckerberg and Facebook seem to be one step ahead of the worrywarts.

Facebook closed out the third quarter with 1.62 billion daily active users, up 9% from last year. Its revenue climbed 29% higher as user engagement increased and the company's ability to monetize those users keeps improving. The #deleteFacebook trend may seem to be picking up steam, but this is a company that's still generating healthy double-digit top-line growth with a collection of properties that extend beyond its namesake site to include WhatsApp and Instagram.

A growing number of Americans are cutting the cord and kissing their cable and satellite television providers goodbye, and DISH Network's flagship platform isn't immune from the pain. Its revenue declined 7% in its latest quarter, and earnings took an even bigger hit given the scalable nature of the business model. From the 10.29 million DISH TV subscribers it entertained a year ago, it's now down to 9.49 million.

Yet there are a couple of things keeping DISH shares buoyant this year despite the slow fade of its satellite television service. For starters, DISH is perennially discussed as a takeover target. Citigroup analyst Michael Rollins reiterated his bullish rating on the stock last month, arguing that its assets would be worth more to wireless network operators, video distributors, and wireless mobile virtual network operators than the company is currently being priced at in the market, which gives it credibility as a value stock.  There has also been chatter that DISH would be a logical candidate to buy DirecTV from AT&T -- at a fire-sale price.

Finally, Sling TV, which has established itself as an early leader among streaming pay-TV services, is giving DISH some next-gen appeal. Sling TV subscriptions have grown from 2.37 million to 2.69 million over the past year, and while that isn't enough to offset the decline among higher-paying DISH TV subscribers, it does validate the company's strategy of participating in the disruption of its namesake satellite service, rather than sitting back and watching others pick at it from the outside.