The laser maker put in another stellar quarter.

The laser industry has shown amazing advances in recent years, and II-VI (IIVI -1.75%) has remained at the forefront of innovation, using its vertical integration as a key competitive advantage. Even as some have feared that a global economic slowdown could discourage greater adoption of its laser products, II-VI has found ways to spur demand and keep customers coming back for more.

Coming into Thursday's fiscal second-quarter report, II-VI investors fully believed that the laser maker would be able to sustain its track record of success. II-VI's numbers were even better than most had thought, and the company is keeping up its momentum as it prepares to close on its proposed acquisition of Finisar (FNSR) in the near future. 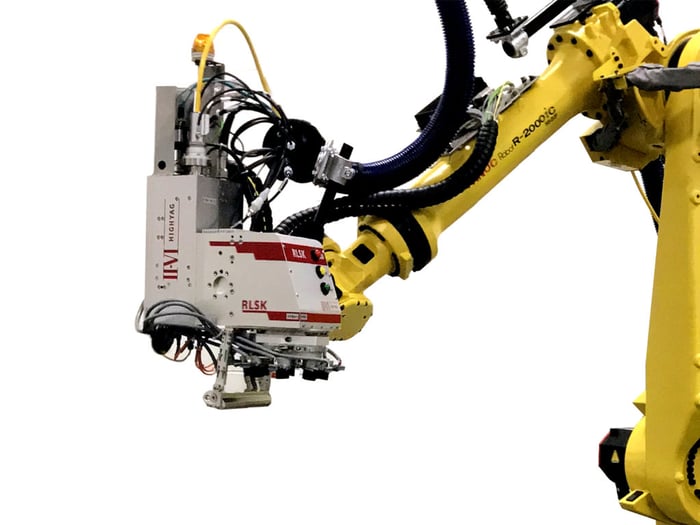 II-VI's fiscal second-quarter results showed continued growth. Sales of 342.9 million were 22% higher than in the year-earlier period, accelerating from their pace of growth in the fiscal first quarter. Adjusted net income jumped by more than a third over the same time frame to $46.3 million, and that worked out to adjusted earnings of $0.71 per share, easily topping the consensus forecast among investors for $0.67 per share.

II-VI's fundamental strength was quite clear. On the order front, the book-to-bill ratio jumped to 1.1, promising a strong pipeline of order flow that should bring continued growth throughout the rest of the fiscal year and beyond. Gross margin did suffer to a limited extent, but adjusted operating margin picked up considerably from year-earlier levels.

From a segment perspective, there were pockets of strength and weakness. The photonics unit saw the most significant revenue growth at 39%, which helped push segment operating income higher at a more-than-40% clip. Performance products did well, growing its top line 27% and enjoying a 68% jump in profitability. Only the laser solutions segment held back II-VI's overall numbers, with nearly flat revenue that still helped produce a 28% rise in operating income. Looking to the future, performance products had the best book-to-bill ratio at 1.42, while laser solutions came in at just 0.94, signaling potential slowdowns.

CEO Chuck Mattera catalogued the causes for the strong performance. "The optical communications market was very strong," Mattera said, "we launched our GaN on SiC device development to address the accelerating 5G market, and we booked several large orders for SiC substrates from customers servicing the growing electric vehicle market." The CEO predicted that those growth elements should remain strong in the future.

Yet it's hard to underestimate the impact that the Finisar acquisition will have on II-VI. Mattera noted that the waiting period for antitrust review in the U.S. has expired without objection, and German authorities have given clearance to the deal. After having spent a lot of time with Finisar CEO Michael Hurlston, Mattera is more optimistic than ever about the synergies and positive overlap between the two companies and their employee bases. He gave as an example the self-driving vehicle market, where Finisar's transceivers and II-VI's fiber amplifiers can work together to allow lower-cost adoption of laser-based lidar systems.

II-VI's financial guidance showed no signs of any imminent slowdown. For the fiscal third quarter, adjusted earnings of $0.60 to $0.69 per share were generally in line with past expectations, and sales guidance for between $335 million and $343 million was similarly unsurprising for investors who've followed the stock closely over the past several months.

II-VI shareholders celebrated the news, and the stock jumped 14% on Thursday following the announcement. Even with some investors remaining nervous about the overall state of the global economy, II-VI's niche has proven resilient enough that it looks likely to withstand any cyclical slowdown -- and the Finisar acquisition should even give it some exciting growth opportunities that could take the combined company to the next level.