Netflix's (NASDAQ:NFLX) Bird Box is a hit. According to Netflix, the film had the best opening week ever for a Netflix film, with more than 45 million accounts tuning in. Even taking Netflix's numbers with a grain of salt, there's no denying Bird Box is popular with viewers.

Critics, though, have been tougher to crack. Bird Box sits at 51% on Metacritic, 64% on Rotten Tomatoes, and 6.7/10 on the more forgiving IMDb. None of those are particularly inspiring numbers, but the critics are too late. Netflix's hype machine got out ahead of them, and doesn't need them at all. 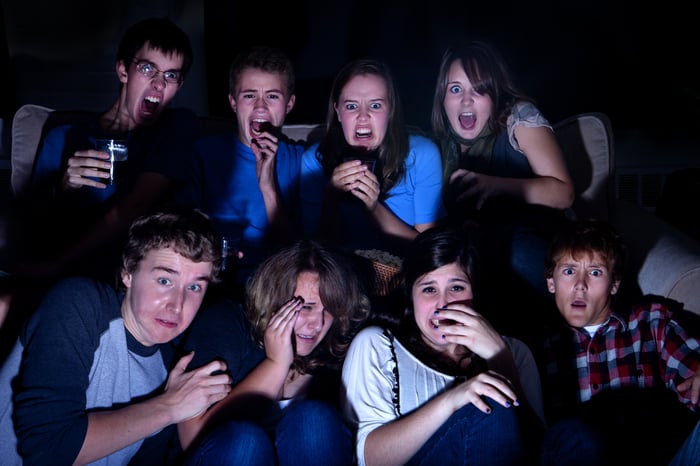 How big was Bird Box, really?

To be fair to the critics (and to Netflix's viewers), the Bird Box numbers might be a bit overstated. Netflix was not initially specific about what its numbers meant in terms of viewing time; when pressed, it explained to The Verge that the accounts in question watched at least 70% of Bird Box's run time (including credits). That's not exactly the same thing as 45 million people watching the entire movie, though it's worth noting that accounts that watched the film more than once were still counted just once in Netflix's figure.

This isn't the first time that Netflix has been coy about streaming numbers. And Netflix isn't the only company that prefers to release numbers without explaining the methodology behind them.

Netflix is cherry-picking here, counting accounts instead of total streams and setting the cutoff at 70% for reasons that are unclear. Still, it's hard to deny that 45 million accounts streaming 70% or more of Bird Box in one week is a lot.

How good was Bird Box, really?

Bird Box was big. But it wasn't good.

Quality is subjective, of course, and poorly reviewed films can still get popular. But in typical theatrical runs, all else being equal, reviews do tend to affect ticket sales. Some film-industry observers have become quite worked up about the power of review aggregators like Rotten Tomatoes to drive or deny box-office returns, blaming it for the failures of specific films and fearing its power over future efforts.

But Bird Box survived and flourished because Netflix's hype machine appears to be critic-proof. Netflix has done this before, and it will do it again.

Consider Bright, the abysmally reviewed vampire flick that Netflix got 11 million people to watch in just three days in 2017. Or recall the time that Netflix got its users to stream 500 million hours of Adam Sandler films following the release of Sandler-vehicle originals that left critics vocally horrified.

But here's the thing: Netflix movies don't have to be good.

How Netflix beats the critics

Bird Box premiered in November and had a very limited one-week theatrical run. Reviews began to appear after the November premiere, but Bird Box didn't really register in the public consciousness until it dropped on Netflix. Looking at Google Trends data shows that virtually nobody used the Google search engine to look for "Bird Box" after the movie's November premiere or during its one-week theatrical run in mid-December. When it hit Netflix on Dec. 21, everything changed and Google searches for the term shot up.

From the perspective of most Netflix users, Netflix originals just appear one day -- with no critical baggage in sight. Thanks to Netflix's algorithms, such originals are suggested to the people who are most likely to watch them. They are rabidly consumed before anyone knows if they are good or not; sometimes, as with Bird Box, they actually go viral before anyone stops to talk about the quality. It's fair to wonder how many people saw Bird Box memes before they saw a Bird Box review.

Netflix doesn't have Rotten Tomatoes or IMDb scores built into its interface in the way that Amazon does (Amazon owns IMDb and uses its ratings). And, in some cases, reviews might not even be available yet. Maybe users could warn each other about stinkers in real time -- that is, if Netflix hadn't scrapped its in-app review system (after, by the way, its originals began to get pummeled in that same review system).

It wouldn't be quite correct to say that Netflix doesn't care if you like its content. It does care, at least a little: Good content keeps Netflix subscribers happy and loyal. But Netflix has a huge lead in subscribers (it has more than 137 million total) and is focused right now on reducing content costs by producing its own content. It wants content hours -- content hours that people stream. And it got that from Bird Box, and from Bright, and from its Adam Sandler films, too.

The quality of Netflix's originals has been the subject of worry before. Theoretically, subscribers could stop trusting Netflix originals to be worth their time. But there are no signs of that, and Netflix has also produced plenty of hits. For now, it appears that Netflix can safely milk its bad films and movies for streaming hours without its users blaming Netflix.

This, actually, seems fair enough: These users could have read the reviews before streaming flicks like Bright, and they could have streamed the acclaimed Netflix original Roma instead of watching Bird Box; they didn't. At scale, their decisions form a critic-proof phenomenon that helps Netflix. The makers of Hollywood flops are surely jealous -- but none of this is exactly Netflix's "fault."

Netflix has become great at saving money by producing its own original content. It has also become great at convincing people to start watching: Its recommendation algorithms and autoplay features get people to make decisions faster. Along with a lack of full theatrical runs or any sort of in-app review system, these things form the foundation of Netflix's critic-proof streaming-hours machine.

For now, at least, the system seems stable. It won't change unless viewers come to regard Netflix's original content with distrust.