Investors often watch Wall Street's reaction to a business to get a sense of how they should be thinking about a company, but very often the market gets it more wrong than right.

Micron Technology (NASDAQ:MU), Apache (NASDAQ:APA), and Apple (NASDAQ:AAPL) are three such companies that Wall Street has given up on, but that could be a big mistake. Here are the reasons why three Motley Fool contributors think the market is wrong about these stocks. 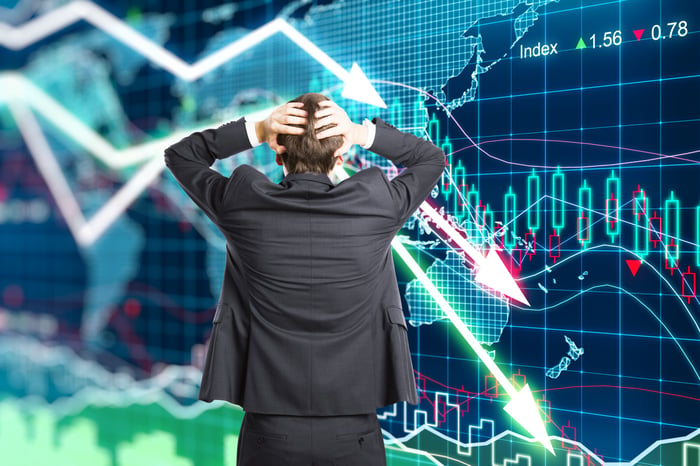 Anders Bylund (Micron Technology): Memory chip giant Micron Technology had a fantastic year in 2017, when chip prices were on the rise and the stock skyrocketed 88% higher in 52 weeks. It was a very different story in 2018. Memory chips turned cheaper again and the entire tech sector was rattled by trade tensions between Beijing and Washington. By the end of the year, Micron's shares had slumped 23% lower.

Today, we Micron investors are looking back at a 30% price drop over the last six months despite a 17% gain in January. Global demand for electronics is running low at the moment due to a lull in the smartphone market and that troublesome Sino-American trade conflict, and that means lower demand for Micron's memory chips.

But Micron is actively managing the supply-and-demand equation for chip prices by tapping the brakes on its manufacturing lines. When -- not if -- the market turns back up again, the floodgates to Micron's in-house manufacturing facilities will open wide and allow the company to take full advantage of the refreshed market conditions.

From consumer-level smartphones to data center servers, with an eye toward self-driving cars and smart homes in the future, devices everywhere are thirsting for larger and larger memory and storage capacities. Right now, wireless buyers may be holding off on upgrades due to the impending launch of 5G devices and networks. In the data center market, solid-state storage devices are moving to a newer, faster, and more reliable data transfer technology, creating a bottleneck in that product pipeline as device manufacturers rejigger their production systems. These are short-term issues with clear solutions just around the corner.

Meanwhile, market makers are treating Micron's stock like a redheaded stepchild. Shares are trading at just 3.1 times trailing earnings and 4.7 times Micron's free cash flows. This stock is spring-loaded for a huge rebound, perhaps in 2019, but most certainly within the next couple of years.

The oil driller the market loves to hate

John Bromels (Apache Corporation): It's not clear why, but Wall Street seems to have given up on independent oil and gas exploration and production company Apache Corporation. Shares have dropped about 60% over the last five years, despite the company's recent string of solid earnings reports.

Naturally, shares of the oil driller sank -- along with all of its peers' -- when oil prices crashed in 2014. But in 2016, Apache announced a massive find in West Texas that it dubbed "Alpine High." The company estimated that the find contained 3 billion barrels of oil and 75 trillion cubic feet of natural gas, but it had only paid an average of $1,300 per acre for the find. That's incredibly cheap by Permian Basin standards, where the hydrocarbon-rich land usually goes for at least $10,000 per acre, and often quite a lot more.

But the "Alpine High" didn't last for Apache's stock price: After the stock briefly topped $60 per share, investors got concerned that the lack of infrastructure in the Alpine High region would hamper Apache in ramping up sales of its Alpine High oil and gas. Then, even as Apache sold off underperforming Canadian assets in 2017 and reallocated the money to Alpine High infrastructure, the share price dropped to $50... then to $40, even lower than its pre-Alpine High announcement price. The market slump in Q4 2018 even knocked it below $30 per share, although it's back up at just above that level now.

The market doesn't even seem to be giving Apache credit for being one of the few oil drillers not to cut its dividend during the slump. That dividend is now yielding 3.1%, at the high end of its historical range, further evidence that Apache is undervalued. Currently, the company is trading for less than the estimated price of the land it owns in Texas -- and that doesn't even count its lucrative North Sea and Egypt operations. Clearly, Wall Street has left the stock for dead.

But that's a mistake, thanks to Apache's improving balance sheet, its rising production numbers, and the stabilization of oil prices. While the market may continue to ignore Apache in the near term, at some point it's going to have to pay attention to this stable workhorse.

Not rotten to the core at all

Rich Duprey (Apple): The market's right: Apple is never going to sell another iPhone again. The better-than-30% drop in its share price from the all-time high hit back in October when the company became the first trillion-dollar business is a good assessment of the prospects for the consumer electronics titan.

Or, it was a complete overreaction to the reports of declining iPhone sales. Although it's true fourth-quarter iPhone shipments were down 11%, according to IDC, it wasn't just Apple suffering from a slowdown. Samsung also saw shipments decline, but as the world's biggest seller of smartphones, its 5.5% drop should be a bit more worrisome.

More importantly for investors, Apple is transitioning more to services. Although iPhone revenue fell 15% in the fourth quarter, service revenue jumped 19%, and Apple said it had more than 360 million paying subscribers to services like iCloud, Apple Music, and Apple Pay, some 120 million more than last year.

Because these are recurring sources of revenue, they ought to be seen as more valuable to Apple, even if it's a smaller number than its core iPhone business at the moment. And Apple still does sell a heckuva lot of iPhones. IDC estimates over 68 million were shipped last quarter. That business isn't going away, and Apple possibly adding lasers to its cameras in the future to create 3D imaging may boost sales once again.

Apple's stock trades at just 13 times trailing earnings and 12 times this year's estimates, while going for a discounted 15 times the free cash flow it produces. So either Apple is about to shrivel up and die, as the collapse in its stock price would suggest, or this is a great time to get in on a still-great company. Wall Street made a mistake by giving up on Apple so easily; you shouldn't do the same.