Weakening demand for two of Micron's key product categories caused the stock to slump in 2018. 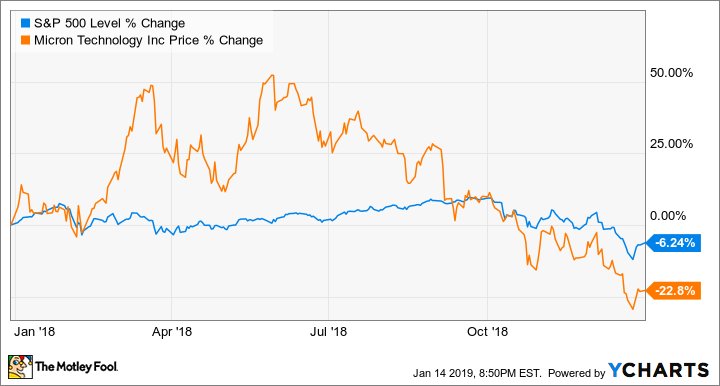 Reduced pricing strength for the company's DRAM and NAND memory chips combined with sell-offs for the broader market in the year's last quarter helped drag the stock down double digits. Despite the slide in 2018, Micron stock has climbed more than 180% over the past three years. 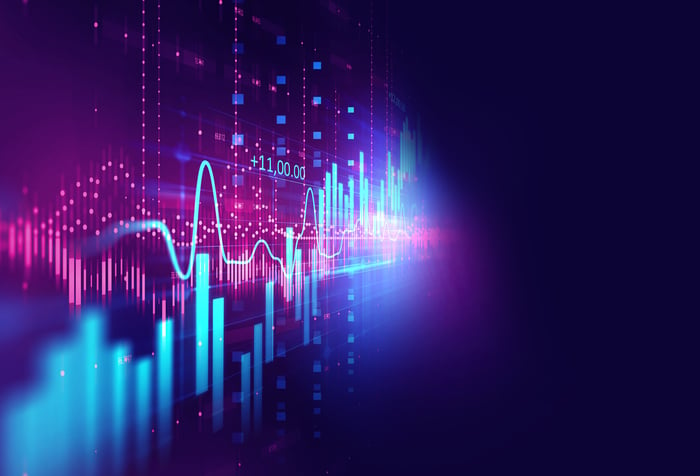 Micron stock climbed through the first half of the year thanks to strong pricing for its NAND and DRAM memory offerings. However, a confluence of factors, including a decline in mobile handset hardware sales, a weaker-than-anticipated near-term outlook in the data center market, and a slowdown for the Chinese economy, appear to have created the dynamics for weakening memory-chip demand.

Micron's chief financial officerm, speaking at a Citigroup-hosted conference in September, indicated that prices for NAND memory had fallen in the previous quarter. The outlook for the NAND market only got worse from there, and DRAM pricing also started to slide in the year's final quarter, dragging Micron stock down along with it.

Micron stock has posted gains early in 2019, with shares trading up roughly 9.3% in January. 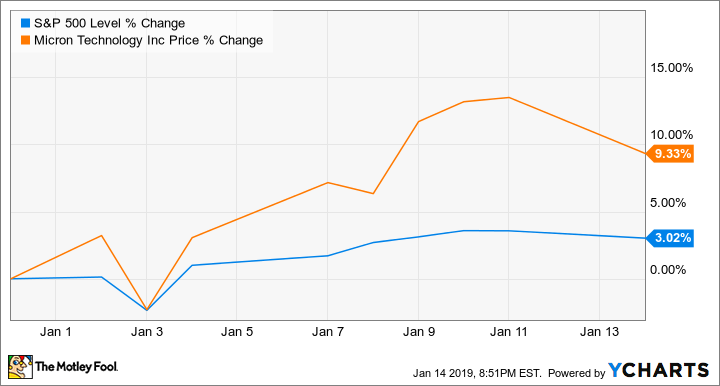 Micron is valued at less than 4.5 times this year's expected earnings, but the company's business is affected by cyclical product demand, and it's difficult to chart its sales outlook because of the wide range of factors that affect the memory-chip market. The company is implementing expense reduction initiatives amid signs of a downturn for the business, it's buying back stock at relatively cheap prices, and it recently entered into deals with Intel and Qualcomm to supply memory chips for autonomous vehicles, but it remains to be seen how the company will fare amid the broader downturn in DRAM and NAND chips.