The lack of clarity on both near and long-term prospects is a cause for investor concern.

General Electric's (GE 0.89%) stock is up around 35% in 2019 at the time of writing, and its valuation has risen to a level where a certain amount of optimism is built into its prospects. That's not a problem in itself -- but unfortunately, the company's recent fourth-quarter earnings release and the accompanying management commentary arguably didn't do enough to give investors full confidence in the investment case for the stock. Here's why.

Why bulls were buying GE stock

The bull case for GE stock recognized that the company's free cash flow (FCF) would weaken in 2018, but argued that the stock's valuation at the end of 2018 had more than caught up with events -- and that the stock was looking cheap on a current FCF basis. 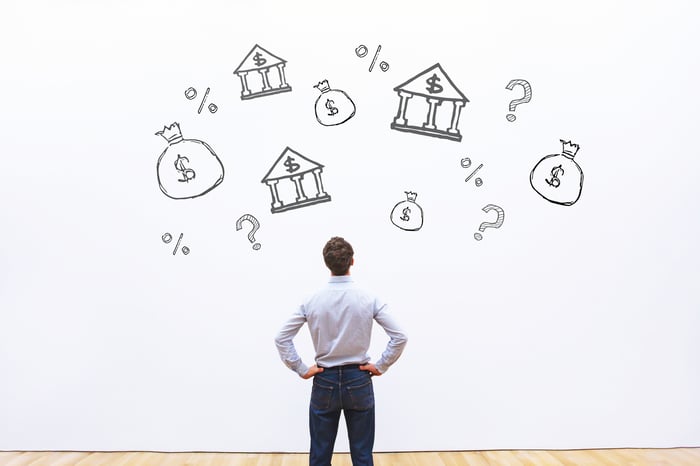 Moreover, it's important to recognize that the two businesses that are key for GE's future, aviation and power, are going through some near term earnings and cash flow pressure that's likely to abate in future years. In other words, a fair assessment of GE's valuation and stock prospects would recognize that 2018 & 2019 FCF wasn't reflective of the company's long-term FCF generation potential.

With this in mind, investors and analysts were optimistically awaiting what management would say about 2018 earnings and then guidance for 2019, with a particular focus on margin/FCF prospects at the troubled power segment as well as overall FCF guidance.

Or rather, what management didn't say. The earnings report and conference call contained a mix of positives and negatives, but the key takeaway was that there are still many things about the key metrics that investors want to know.

CEO Larry Culp has clearly learned from the mistakes made by former CEO John Flannery during his short tenure. Flannery gave earnings and FCF guidance that proved untenable due to the ongoing deterioration in execution and end markets at GE Power. The failure to hit these targets called the company's debt reduction plans into question and destroyed confidence in GE's management.

Culp's approach is to avoid giving specific guidance until he's confident GE can meet it -- but investors are still waiting for details, which Culp promised would come "soon." Culp's approach is understandable, but unfortunately, it leaves investors no clearer on the near- or long-term cash generation prospects of the company.

GE's adjusted industrial FCF generation of $4.5 billion in 2018 was probably better than most had expected, but it puts the stock on a current FCF to market cap yield of around 5% -- compared to, say, Honeywell International  at 5.6%.

As for FCF in 2019 and beyond, Culp mentioned "a number of nonrecurring investments and commitments that create a drag on our free cash flow in 2019 but which will meaningfully lessen in 2020 and '21," then said, "We anticipate cash flow to grow substantially in 2020 and 2021." This is fine, but it's not clear if he's talking about an improvement from a depressed number in 2019 or the $4.5 billion generated in 2018.

Meanwhile, CFO Jamie Miller disclosed that "Power used $2.7 billion in free cash flow for the year due to a combination of restructuring costs, nonoperational headwinds as well as execution and market issues." Useful information, but the key questions are what about GE Power's FCF going forward and what about FCF generation overall?

Unfortunately, Culp declined to give specifics when Goldman Sachs analyst Joe Ritchie asked if the $2.7 billion FCF outflow at power in 2018 would improve or worsen in 2019. In addition, JP Morgan's Steve Tusa asked about cash generation, including GE Capital in 2019 and on an ongoing basis, and Culp merely promised a specific response "soon."

To be fair to GE, the company deserves to be judged and evaluated on a long-term basis rather than simply focusing on cash flow and performance one year ahead. That argument still applies, but two things need to be considered about it in the light of the earnings report.

First, the stock price and valuation have both risen significantly, but aside from agreeing to settle with the Department of Justice over the investigation into its mortgage business and recognition that GE could monetize more from the GE Healthcare spinoff, little has changed in GE's outlook. Therefore, on a risk/reward basis GE's stock is less attractive.

Second, the earnings presentation contained a lack of specific detail on the key questions that investors need to know. This is doubly disappointing because this was an opportunity to reset expectations for investors, and no guidance equals no reset -- something that raises uncertainty levels.

All told, GE's management will no doubt give specific guidance soon, but given the rise in valuation, investors should be a little more cautious on the stock until Culp gives more detail. The stock is no longer the bargain it was at the end of 2018.

Why Shares of GE Are Rising Today
411%