Shares of Plug Power (NASDAQ:PLUG) rose 10% last month, according to data from S&P Global Market Intelligence. The stock's movement in January represents a sharp turnaround from the 48% downturn it experienced through 2018.

Released on Jan. 9, Plug Power's business update for 2019 represented the main catalyst for the stock's jump last month. According to management, the company is poised to reach an inflection point -- one that will mark the company's achievement of sustained profitability. 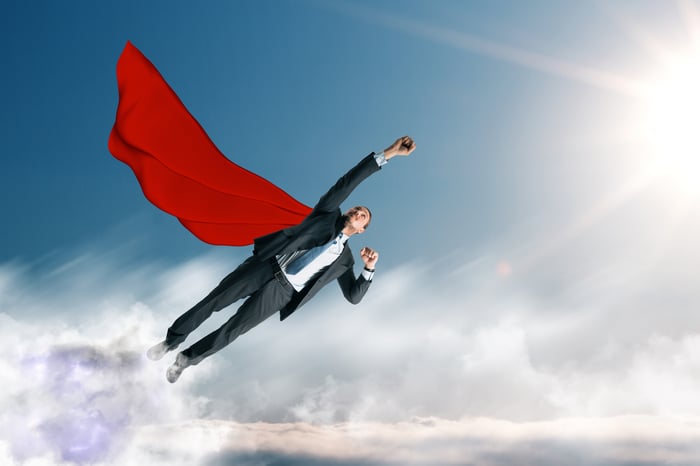 According to the presentation, management sees the company achieving positive adjusted earnings before interest, taxes, depreciation, amortization, and stock-based compensation (EBITDAS) in 2019. But it's not only the current year that looks profitable. Andy Marsh, Plug Power's president and CEO, said, "By the third quarter, the company is projecting continuous EBITDAS positive performance for our business."

In addition to Main Street, Wall Street was impressed with management's auspicious outlook. According to thefly.com, Carter Driscoll, an analyst with B. Riley FBR, reiterated a "buy" rating on the company's stock and assigned a $3.50 price target. Less bullish though still moved, an analyst at Roth Capital upgraded the stock from "sell" to "neutral" and reiterated a $1.30 price target.

Those familiar with Plug Power recognize that the promise of a black-hued bottom line is one of management's most popular refrains. Perhaps the most notable example was management's prediction in 2013 that the company would reach breakeven on an EBITDA basis by Q2 or Q3 2014. Missing the mark, the company reported an EBITDA loss of $84 million in 2014, according to Morningstar. Consequently, investors would be well served to be circumspect about management's EBITDAS forecast for 2019.