What happened the last time the market had such a great January?

After an awful fourth quarter of 2018, the stock market rebounded dramatically in January. In fact, the S&P 500's 7.9% return was the best January performance since 1987.

At first glance, that may seem like an amazing statistic. After all, 1987 was 32 years ago. That means 31 consecutive Januarys have passed that weren't as good as the one we just lived through.

However, something else happened in 1987. Black Monday occurred on Oct. 19 of that year. On that date, the S&P 500 lost 20.5% of its value, which remains the largest one-day percentage drop in history. 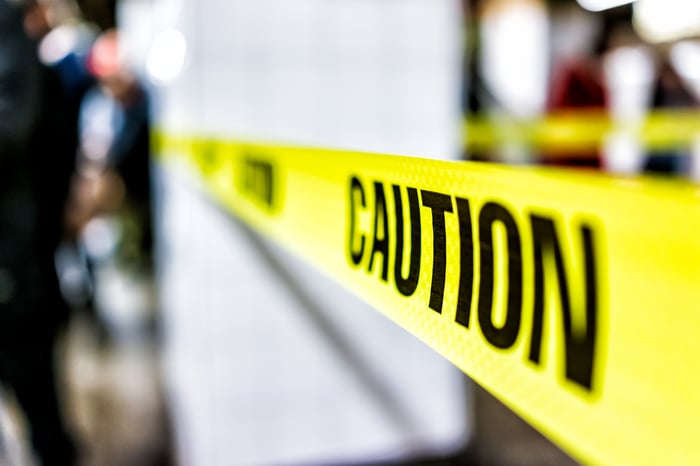 Similarities and differences between 1987 and 2019

In addition to a strong January, there are some other interesting parallels between 1987 and 2019. For starters, the Reagan administration was under investigation for suspicion of wrongdoing (sound familiar?), oil prices rose in January 1987, and in early 1987 inflation was hovering right around the 2% level (although it picked up dramatically later in the year). Plus, the S&P 500's P/E ratio climbed above 20 that year. (It's currently at 20.75.)

On the other hand, there was no underlying fear of a global slowdown. According to the 1987 World Economic Survey, U.S. economic growth had slowed a bit in 1986, but "as [of] early 1987, there were no clear signs of an impending generalized slump. The industrial countries as a group continued to experience significant gains in per capita income in 1986."

Finally, as a direct result of Black Monday, regulators developed "circuit breakers," which allow exchanges to temporarily stop trading in the event of large price declines. Under the current rules, there are three levels:

History is no guarantee, but here's the takeaway

To be perfectly clear, I'm not suggesting that Black Monday is going to repeat itself this year. With the additional safeguards put in place, it's highly unlikely that a 20%-plus drop in a day could happen at any point, and any past investment trends aren't a guarantee of things to come. In fact, a 20% decline in the S&P 500 would halt trading for the remainder of the day, so a 20.5% decline technically isn't possible in a single day.

Rather, my point is that just because the year starts off with a bang doesn't mean it's going to be a great year all the way through.

Plus, such a rapid rebound in the stock market could mean it's time to be cautious. Obviously, 7.9% monthly returns aren't sustainable indefinitely -- that would mean a 149% annualized return -- so I wouldn't be surprised to see the market cool off, especially with the generally tepid economic growth that's expected this year.

The bottom line is that it's important not to focus on the stock market's performance for any day, week, month, or even year. There's no way to predict what could happen for the rest of 2019, so the best thing to do is to keep your eye on the long term and trust the process. After all, if you had invested in a basic S&P 500 index fund on the day before Black Monday in 1987 and held on tight, your investment would have returned more than 1,700% to date.