Gilead's fourth-quarter numbers failed to hit the mark, but the company firmly believes that better days are directly ahead.

Gilead Sciences (GILD -1.22%) can't seem to catch a break. With investors piling into the stock in the first few weeks of this year on renewed optimism about the company's near-term fortunes, Gilead appeared poised for a sharp rebound in 2019. Then the company released its disappointing fourth-quarter earnings and 2019 full-year guidance yesterday, causing its shares to drop by nearly 4% in after-hours trading on fairly heavy volume.

What appears to be drawing the ire of most investors is the fact that Gilead's declining hepatitis C drug sales continue to weigh heavily on its top line. Despite a monstrous 60% drop in HCV drug sales over the course of 2018, for example, the biotech expects another billion-dollar decline in this former star franchise this year, according to Gilead's newly released 2019 financial guidance. 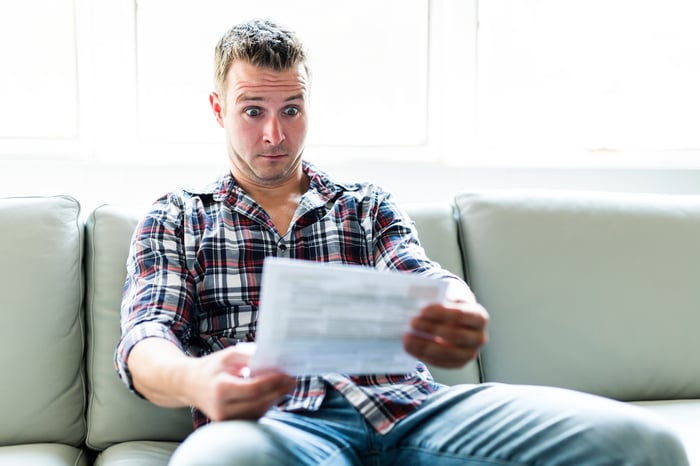 Worse still, Gilead's $11.9 billion acquisition of Kite Pharma simply isn't bridging the gap from a revenue-generation standpoint. Kite's Yescarta cell therapy, after all, only saw its sales rise by a meager 8% in the fourth quarter compared with the prior three-month period. That's not the kind of anemic growth trajectory you'd want to see from a novel cancer therapy early on its commercial launch as an investor -- especially for a product projected to reach nearly $2 billion in peak sales and that helped to drive one of the richest buyouts in the history of biotech.

With these underwhelming financial results and the market's overtly negative reaction in mind, it's arguably a perfect time to consider if Gilead's stock is actually a worthwhile contrarian buy. So, let's dig in to find out.

Gilead is offering investors three clear reasons to stay the course right now. First up, the company noted that its pipeline is making strides toward several high-value milestones this year. The biotech's anti-inflammatory medicine filgotinib, for example, remains on track for two late-stage readouts in rheumatoid arthritis studies this quarter.

While filgotinib would enter a crowded market if approved, the rheumatoid arthritis market is potentially large enough to support multiple drugs at comfortable levels. This key pipeline asset could thus turn out to be a major growth driver for the biotech. Keeping with this theme, Gilead also expects to report additional top-line data for its non-alcoholic steatohepatitis candidate selonsertib, as well as its HIV medicine Descovy, later on this year. Both of these readouts could positively impact Gilead's top line in a significant way in the years ahead.

The second reason is Gilead's managerial turnover. Starting March 1, Gilead's new CEO will be Daniel O'Day -- a former top Roche executive with an extensive track record in the field of oncology. With O'Day at the helm, Gilead may be able to get Yescarta's less-than-stellar commercial launch on track, and the biotech will have an experienced hand at the helm during its ongoing pivot to oncology.

Thirdly, Gilead exited the fourth quarter of 2018 with an eye-popping $31.5 billion in cash and cash equivalents. That amount should be more than sufficient to support Gilead's staged transition into oncology without triggering a reduction to either its dividend or share buyback program.

There's a strong case to be made that Gilead's stock is indeed a bargain after this latest dip. The company is nearing multiple high-value clinical readouts, the new CEO has the background necessary to guide Gilead's ongoing pivot into oncology, and the biotech has an enormous cash position. So, there are good reasons to consider giving Gilead a pass on this latest financial result. That said, the company will arguably need to hit on at least one of these major value drivers in the next few months to remain in the good graces of its shareholders. If not, 2019 could quickly turn into another dour year for the biotech.