Shares of shipping company DryShips (NASDAQ:DRYS) fell roughly 11% in the first month of the new year, according to data provided by S&P Global Market Intelligence. That, however, doesn't actually capture the full drop the stock experienced, because DryShips started January 2019 off with a nearly 20% rally. From that peak, the shares lost roughly a quarter of their value by the end of the month.

There is some less-than-compelling history behind DryShips that includes massive shareholder dilution and an almost complete loss of the stock's value over the trailing-three-year period. To get it out of the way pretty quickly, most investors should probably avoid the stock. That said, the shares gained a huge 60% in 2018. That's much more than many of its peers, some of which actually saw stock-price declines last year. But in many ways, DryShips' advance was more a response to the fact that the company didn't completely implode as it worked through a weak patch in the shipping space. 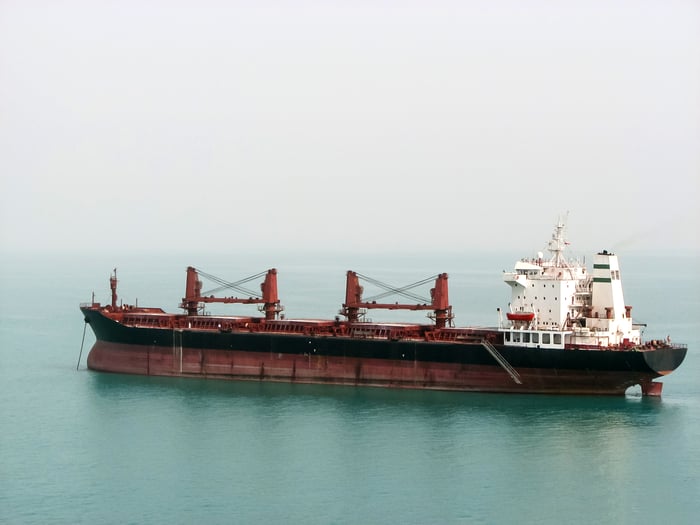 That said, like all shipping companies, DryShips' financial results are highly dependent on the rates it can charge its customers. In 2018, while shares of DryShips were rallying, rates were generally heading higher. Rates have started to move lower again, with another turn for the worse in the back half of January. It makes sense, then, that DryShips' stock pulled back.

That said, shipping rates moving up and down, often sharply, is the norm in the shipping industry. It is highly cyclical and the moves can be dramatic. It is not a sector that investors with weak stomachs should be looking at.

At the end of the day, the January decline shouldn't come as any surprise given the volatile industry in which DryShips operates. However, the story here is so much bigger. DryShips has far more worrisome problems (like the massive shareholder dilution noted above) than just a price drop in January. It's simply not worth bothering with for most investors because of both company- and industry-specific issues.