Shares of DryShips (NASDAQ:DRYS) had surged nearly 35% by 10:30 p.m. EDT on Monday. Driving up the shipping stock was its acceptance of a buyout bid by its founder and CEO.

DryShips has agreed to merge with SPII Holdings, a company controlled by its founder, chairman, and CEO, George Economou. Under the terms of the deal, SPII will pay $5.25 for each share of DryShips stock that it doesn't already own. That price represents a 66% premium over where the stock traded before SPII initially offered to acquire DryShips, in early June. The agreed-upon price is a 31% improvement over the first offer of $4 per share. 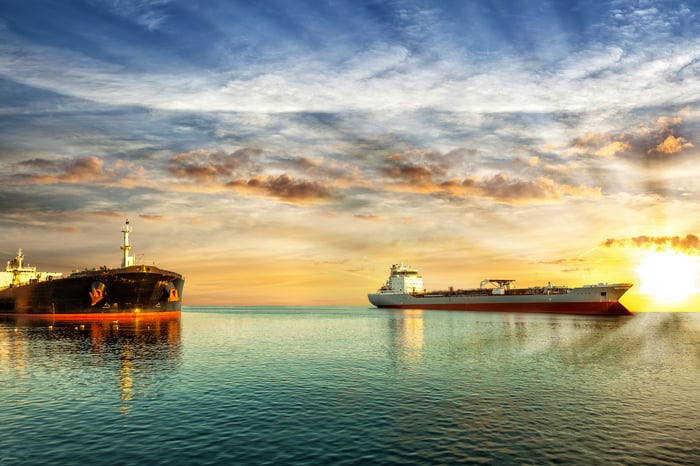 The company's board has already approved the deal, though it still requires a shareholder vote. If the shareholders agree to the terms, the merger should close in the fourth quarter.

The buyout agreement ends a long and turbulent saga for DryShips as a public company. Despite the significant merger premium, shares of the diversified shipping company have lost nearly all their value since its IPO in 2005. That's mainly due to the company's aggressive growth over the years, funded primarily by debt and selling a boatload of new shares. While the company's wheeling and dealing grew the size of its fleet, they destroyed shareholder value.

Economou already owns most of DryShips' stock. Because of that, it's unlikely that there will be a competing offer or that he'll increase his bid. It looks as if DryShips' run as a public company will finally come to an end after 15 turbulent years.