The stock market continued to gain ground on Tuesday, as investors prepared for what they hope will be economically favorable comments at tonight's State of the Union address. Earnings season had a somewhat mixed tone following a high-profile release from one of the biggest tech names in the market Monday evening, but good news from some other key companies helped to buoy sentiment. Leggett & Platt (LEG -0.87%), Mueller Industries (MLI -3.94%), and Evolus (EOLS -4.20%) were among the top performers. Here's why they did so well.

Leggett gets a leg up

Shares of Leggett & Platt climbed 10% after the diversified manufacturing conglomerate reported its fourth-quarter financial results. The company said that sales for the full 2018 year were up 8% from 2017 levels, with higher sales volumes in a variety of industries ranging from automotive and aerospace to bedding and work furniture. Leggett's flooring products and home furniture businesses didn't fare quite as well, but despite higher raw material costs, the company managed to see modest growth in earnings on a per-share basis. With a key acquisition now completed, Leggett expects accelerating growth in 2019, and that should allow the company to focus on its more promising businesses to drive expansion. 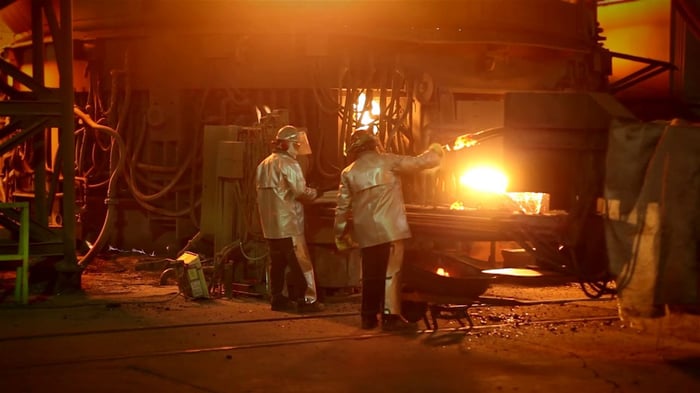 Mueller Industries saw its stock jump nearly 14% following the release of its fourth-quarter financial report. The manufacturer of copper tube products said that net sales climbed during the quarter on a big boost in sales volumes due to a recent acquisition, overcoming a huge 11% drop in the price of copper during the fourth quarter of 2018. Net income jumped nearly fivefold from year-earlier levels, and CEO Greg Christopher was pleased with the company's strategy. "Overall, our acquisitions are exceeding our expectations," Christopher said, "and we are beginning to see the benefits of the major capital investments we worked so hard to complete these past five years." Bullish investors hope these latest results finally represent a breakout moment for Mueller after years of stagnation.

Evolus could be a big winner

Finally, shares of Evolus soared 26%. The stock added to its 12% gains on Monday following the U.S. Food and Drug Administration's decision late last week to approve a new wrinkle-fighting treatment called Jeuveau. The FDA had originally rejected Evolus' Jeuveau, but now, it's expected to go up against Allergan's Botox, potentially transforming the competitive state of the wrinkle-fighting market. Investors fear for Allergan's ability to maintain high profit margins on Botox, but they're excited at the idea that Evolus could be the big winner from Botox's woes.

Is This Under-the-Radar Dividend Stock a Buy?