Please ensure Javascript is enabled for purposes of website accessibility
Log In Help Join The Motley Fool
Free Article Join Over 1 Million Premium Members And Get More In-Depth Stock Guidance and Research
By Tyler Crowe – Updated Apr 26, 2019 at 11:42AM

The oil sands giant's integrated business model showed why it's so important when Canadian crude oil prices were at their lowest in decades.

It seems every quarter lately, Suncor Energy (SU -0.49%) has had to deal with some grueling challenge affecting its bottom line -- whether it's the wildfires in Fort McMurray, Alberta, the technical failures at its Syncrude oil sands upgrading facility, or the inability for other companies to build crude oil pipelines out of Alberta. This past quarter, the lack of pipelines really reared its head, and the price of Canadian crude oil slipped below $10 per barrel in the fourth quarter. But despite this problem and the ones that have preceded it, Suncor has somehow found a way to produce respectable results.

Now Suncor faces a new challenge in 2019: the potential for production cuts from the Alberta government. Let's look at what Suncor did this past quarter to offset the recent low crude prices and what the company plans to do in the face of potential production cuts.

Even though Suncor posted a net loss this past quarter of CA$221 million, much of that was a non-cash charge related to writing down the inventory value of its crude oil and refined products. This is a common thing for oil companies and is part of fair value accounting standards. It doesn't really have an impact on revenue or cash flow, though, and that's how the company was able to produce more cash from operations than this time last year despite the paper loss. 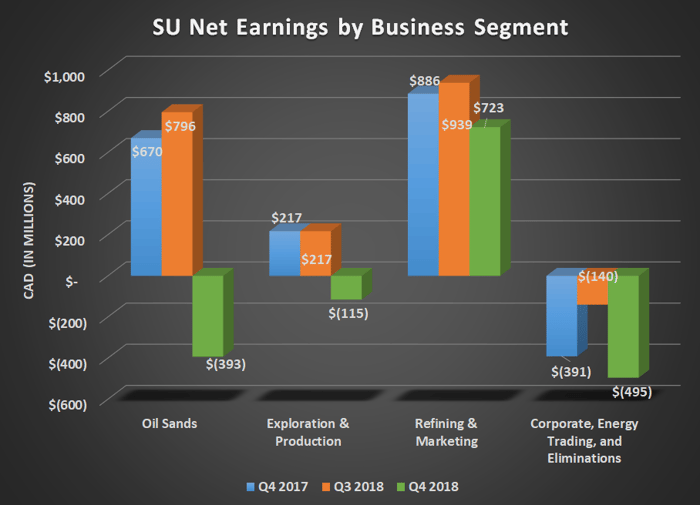 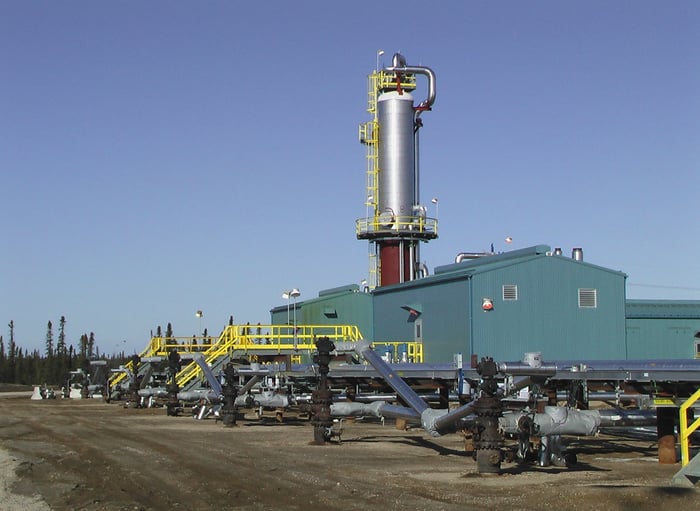 When Suncor released its capital spending plan for 2019, the company also addressed some of the challenges it's facing today, especially with the unique challenges facing Canadian oil producers compared with those around the world. In the press release, COO Mark Little, who will take the head job as current CEO Steven Williams retires in May, discussed how Suncor has been able to mitigate some of those issues.

The market for Alberta's heavy and synthetic crude oils has been significantly impacted by the lack of market access out of the region. As discussed on our Q3 earnings call, our strategy has been to mitigate such volatility by significant investment in integration between our upstream and downstream assets, such as upgrading and refining capacity, along with commitments to long-term take or pay pipeline access to markets, largely mitigating impacts to our cash flow in situations such as the one we are in. Suncor has made long-term strategic investments to mitigate risk and create economic value and jobs for Albertans and Canadians. 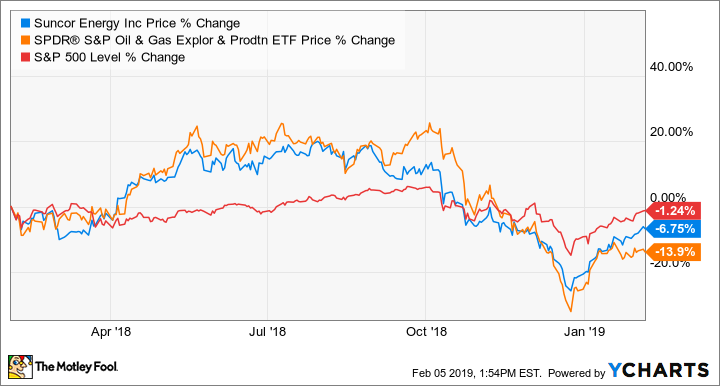 No surprises with this stock

Suncor's earnings results continue to impress, considering the market headwinds facing Canadian oil producers these days. The constraints for market access mean most Canadian crude sells for a deep discount to U.S. crude. Yet Suncor has been able to find ways to market its product at prices comparable to global benchmarks and churn out considerable amounts of cash. Since its oil sands facilities don't experience production declines like conventional reservoirs, its capital requirements to maintain production are minimal and should allow the company to churn out loads of free cash flow over the next few years until it starts to invest in growth again.

The largest near-term threat to the company is the Alberta government's decision to curb production. Suncor is working with government officials to mitigate the impact, but what this will do to its production and bottom line has not yet been determined. Long term, this isn't likely to be a major game changer, so investors looking to hang on to shares shouldn't be too concerned. The stock surely isn't going to wow anyone with limited production growth over the next few years, but cash flow given back in the form of dividends and share repurchases should create value for investors over the long haul.