The large marijuana producer posts strong revenue growth in its fiscal second quarter -- but a huge loss, too.

Investors were clearly nervous in the hours leading up to Aurora Cannabis' (ACB -2.40%) announcement of its second-quarter financial results. Aurora's shares closed down 5.5% on Monday. However, it turned out there was no need to be nervous.

In January, the big Canadian marijuana producer provided a sneak peek at its second-quarter financial results. Those projections were right on target.

Aurora announced net revenue in the second quarter of $54.2 million in Canadian dollars ($40.7 million), closer to the high end of its guidance given a few weeks ago of net revenue between CA$50 million and CA$55 million. This reflected an 83% jump over the company's first-quarter revenue and a 363% year-over-year increase. 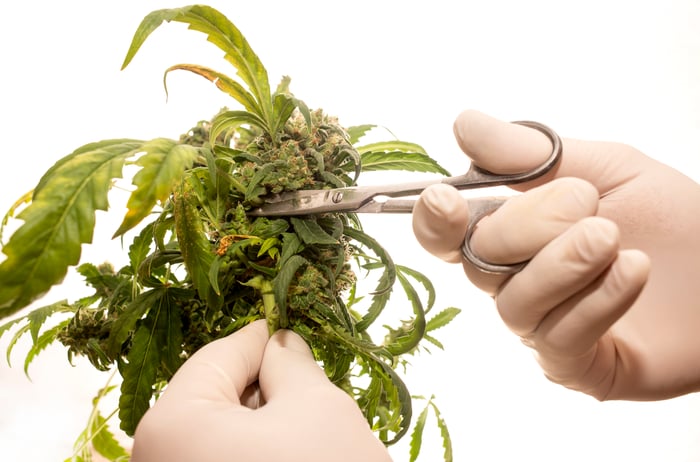 But the nice revenue boost didn't translate to a stronger performance on the bottom line. Aurora posted a net loss of CA$237.8 million. That big loss came with an asterisk: Around CA$190 million stemmed from adjustments on the company's derivative investments.

Aurora Cannabis CEO Terry Booth said that the company continues to think that it will achieve sustained positive EBITDA beginning in its fiscal 2019 fourth quarter, which translates to the second quarter of the calendar year. The company projects that it will have around 25,000 kilograms of cannabis available for sale during the fiscal fourth quarter.

Currently, Aurora claims an annualized production run rate of around 120,000 kilograms. It expects to top 150,000 kilograms by March 31, 2019. With booming demand in the Canadian recreational marijuana market, Aurora's ample production capacity should give it an advantage over most of its peers. It will also be the most important driver of revenue growth for the company over the next 12 to 18 months.

Overall, Aurora Cannabis did what it needed to do with its second-quarter update by delivering no unpleasant surprises. Shares were up slightly in after-hours trading as a result.