Please ensure Javascript is enabled for purposes of website accessibility
Log In Help Join The Motley Fool
Free Article Join Over 1 Million Premium Members And Get More In-Depth Stock Guidance and Research
By Evan Niu, CFA – Updated Apr 10, 2019 at 10:07AM

iPhone digital spending in the U.S. is on the rise.

Apple (AAPL -3.00%) has been making undeniable progress in marching toward its services goal of hitting $50 billion in 2020, even as the core iPhone business has hit a wall. In an effort to accelerate the shift in narrative, Apple has now changed its financial reporting structure. The company no longer discloses unit sales data for any of its hardware product segments, but does provide information around gross margin for products and services. However, Apple could take things a step further by introducing even more granular statistics for its services business -- metrics like average revenue per user or number of transacting accounts.

Lacking official figures, third-party estimates will have to do for now. 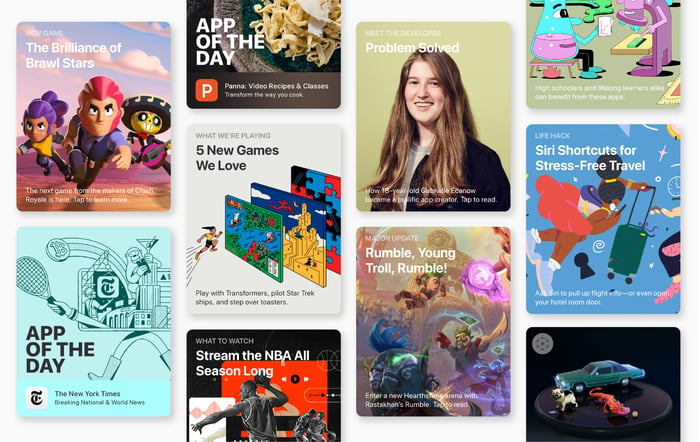 Gaming has long been the biggest driver of spending on mobile platforms, representing over half of all spending. However, other categories are now starting to see upside, particularly subscription-based apps, according to the report. In fact, the entertainment category posted the strongest growth in 2018, with average spending skyrocketing by 82% to $8, making it the second-largest category behind gaming. Music came in third, representing an estimated $5 worth of the spending.

Apple's push to grow paid subscriptions on its platform, which now total 360 million, appears to be working.

What about outside the U.S.?

The data gives investors some potential insight into Apple's U.S.-based services business, which is clearly very strong. The company has an estimated 189 million active iPhones in the U.S., according to Consumer Intelligence Research Partners (CIRP). Cross-referencing the estimates would suggest that U.S. iPhone users generated over $14.9 billion in high-margin services revenue for Apple last year, or over a third of the $41 billion in worldwide services revenue that Apple posted, despite accounting for approximately a fifth of the global installed base of 900 million.

Getting a geographical breakdown of user spending would be extremely useful for investors. Other services companies provide geographical breakdowns of user monetization, for example. While the U.S. services business is chugging along, 62% of all revenue last quarter came from international sources. Being able to compare user spending in emerging markets compared to developed markets would also give a better sense of how much upside Apple has if it can improve monetization in those regions.

There are plenty of other open questions. Where are paid subscriptions concentrated? Based on 360 million paid subscriptions and an installed base of 900 million, the global average would be 0.4 subscriptions per user. How many transacting accounts are there? CFO Luca Maestri vaguely said transacting had hit "a new all-time high" after growing "strong double-digits," but investors have no frame of reference.

More granular disclosures would go a long way toward getting the market to better appreciate the services business.