The company announced fiscal first-quarter earnings and a CFO change.

Shares of Avaya (AVYA 0.63%) have plunged today, down by 12% as of 11:45 a.m. EST, after the company reported fiscal first-quarter results. The enterprise communications specialist was impacted by the government shutdown, and it's also transitioning CFOs.

Revenue in the fiscal first quarter was $738 million, and $748 million on a non-GAAP basis. Sales missed the company's guidance, which had called for GAAP revenue of $740 million to $765 million and non-GAAP revenue of $750 million to $775 million, as well as the Street's forecast of $765 million. That all translated into GAAP net income of $9 million and adjusted EBITDA of $189 million. Avaya also adopted new revenue recognition standards during the quarter. 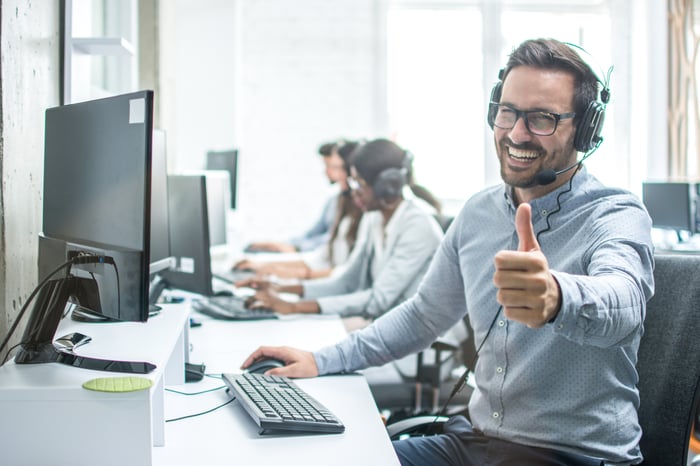 "We demonstrated another quarter of operational excellence, setting records across several key performance metrics. However, our revenue was impacted by a few discrete items versus our outlook, which included the federal government shutdown," CEO Jim Chirico said in a statement. "That said, our product portfolio has never been stronger, and our cloud solutions continue to win the support of our customers, who are choosing Avaya for the innovative solutions that we are bringing to market."

Avaya also said that Pat O'Malley would step down as CFO, naming Kieran McGrath as the new CFO effective Feb. 15. Avaya had hired O'Malley away from Seagate in late 2017; he is staying at Avaya to become senior vice president of growth initiatives. In other leadership changes, the company also said Senior Vice President of Innovation Laurent Philonenko is leaving.