The long-struggling social gaming company does not appear to be struggling anymore.

Shares of Zynga (ZNGA) gained 14% in January, according to data from S&P Global Market Intelligence. Continued momentum from the company's successful turnaround combined with momentum in the stock market at large helped the stock post double-digit gains and reach a four-year high last month. 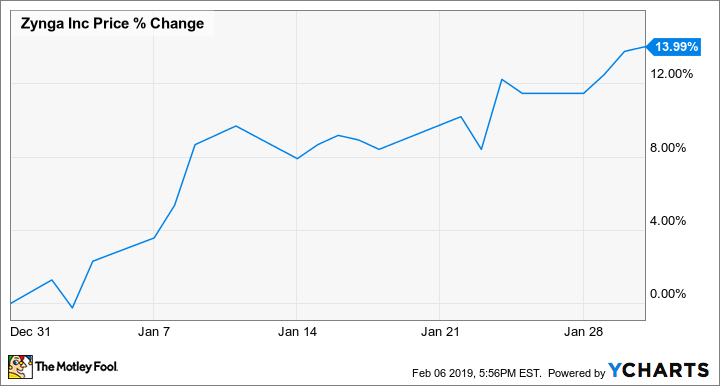 Excitement surrounding its fourth-quarter earnings release early in February and tracking for the company's key games showing strong engagement may also have factored into its January stock gains. 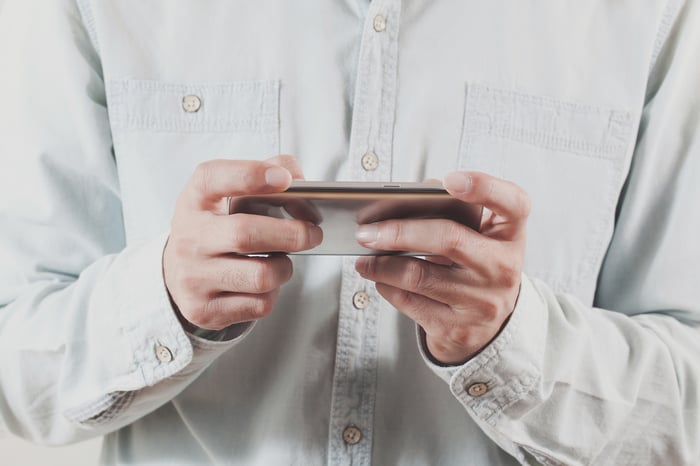 The company's pivot away from a focus on launching new games in favor of getting the most out of established franchises like Zynga Poker, CSR Racing, and Words With Friends until sales and earnings performance improve has paid off. Zynga has managed to build a solid business around its core "forever franchises," and after supplementing its core catalog and development resources with a series of successful acquisitions and new deals, its business outlook is more promising than it has been in years.

Zynga published fourth-quarter results after market close on Feb. 6, delivering results that came in ahead of the market's expectations and helped extend the stock's gains. Shares are up roughly 8% in February's trading so far. 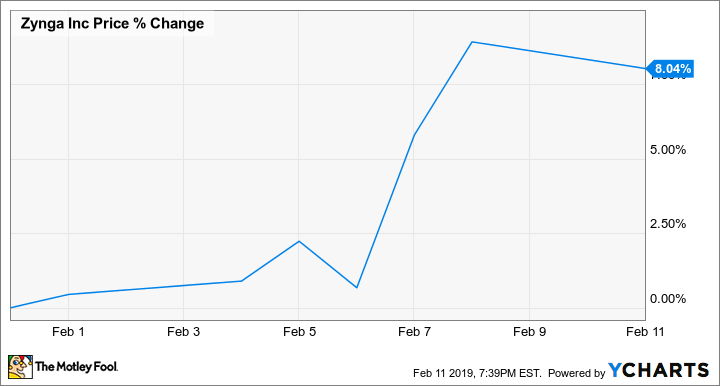 Sales for the period climbed 7% year over year to reach $249 million, and operating cash flow climbed 241% year over year to come in at $90 million and record the company's best performance on that front since 2011. Zynga CEO Frank Gibeau has stated that the business's turnaround is now complete, and management projects that sales for 2019 will climb 27% annually to hit $1.15 billion. Shares trade at roughly 19 times this year's expected earnings.