Apple's (NASDAQ:AAPL) efforts to develop autonomous vehicle technology grew significantly in 2018, despite the division getting hit with a recent round of layoffs. CEO Tim Cook had confirmed in 2017 that the company was "focusing on autonomous systems" and believes self-driving software will end up being "a core technology." Companies that test autonomous vehicles on public roads in California are required to file disengagement reports with the state's Department of Motor Vehicles. A disengagement is when a safety driver takes control over the vehicle, turning off the autonomous system.

The DMV released those reports this week. Here's what they show about Apple's Project Titan. 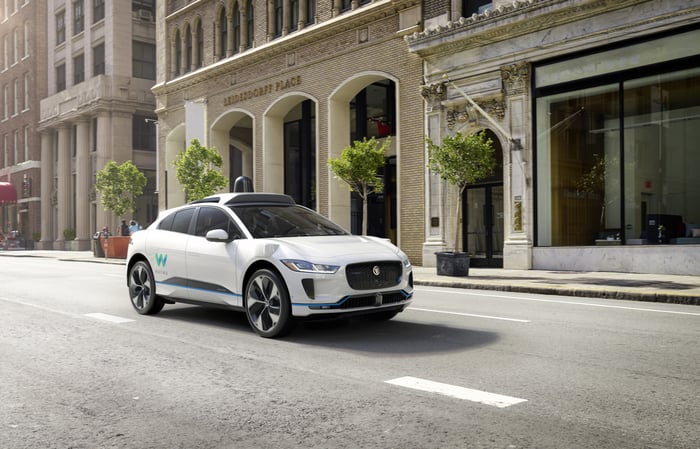 Disengagements per mile are just one metric that can be used to gauge the safety of an autonomous system, and can only be loosely compared to other companies due to fundamental differences in how each company is approaching development, as well as how they define a disengagement.

In a letter to the DMV, Apple says its "approach to disengagements is conservative," and that it started to categorize disengagements "in greater detail" starting in July 2018. The Mac maker added a new category for "Important Disengagements," which Apple defines as "situations that might have resulted in a safety-related event or a violation of the rules of the road."

Tesla (NASDAQ:TSLA), another major player in the development of semi-autonomous and autonomous vehicles, does not test vehicles on public roads in California. Instead, the electric-car maker develops its technology using simulation, test tracks, and public roads outside of California. Tesla simulates autonomous driving in the background in customer vehicles, which the company refers to as "shadow mode." The company says its customer fleet has driven over 1 billion miles using its Autopilot semi-autonomous driving system. Autopilot, while always controversial, came under renewed scrutiny last week after third-party researcher Quality Control Systems disputed Tesla's claim that Autosteer reduced collisions by 40% after securing the underlying data through a Freedom of Information Act request.

Research and development expenses are on the rise

Apple's R&D expenses have been steadily climbing over the past five years, as the company continues to push deeper into new product categories like wearables and bring the development of core technologies in-house. Developing proprietary chips is incredibly expensive, as is working on autonomous vehicle technology. 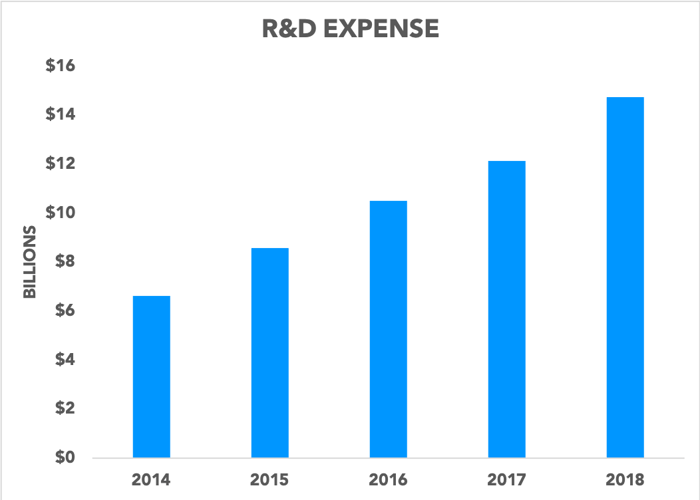 For example, Apple's autonomous testing fleet in California now totals 62 vehicles, up from just eight in 2017, based on the VIN numbers that the company reported. Some of those prototypes drove as few as 2 autonomous miles last year. Still, the biggest question regarding the tech titan's autonomous vehicle ambitions remains how it plans to bring its technology to market.