Shares of the soda maker were heading south on disappointing guidance for the year.

Shares of Coca-Cola ( KO 1.47% ) were falling today after the beverage maker offered an underwhelming outlook for 2019 in its fourth-quarter report, saying a stronger dollar would weigh on results. The stock was down 7.7% as of 11:21 a.m. EST.

Coca-Cola's underlying business showed solid growth in the fourth quarter as organic revenue, which strips out the effects of divestitures, acquisitions, and currency exchange, increased 5%. However, reported revenue fell 6% to $7.06 billion in the quarter due to the company's bottler refranchising initiatives and currency headwinds, but that figure still topped Coca-Cola's consensus analyst estimate of $7.03 billion. The increase in organic sales was mostly driven by higher prices and a positive change in sales mix as concentrate sales were up 1% and unit case volume was flat. 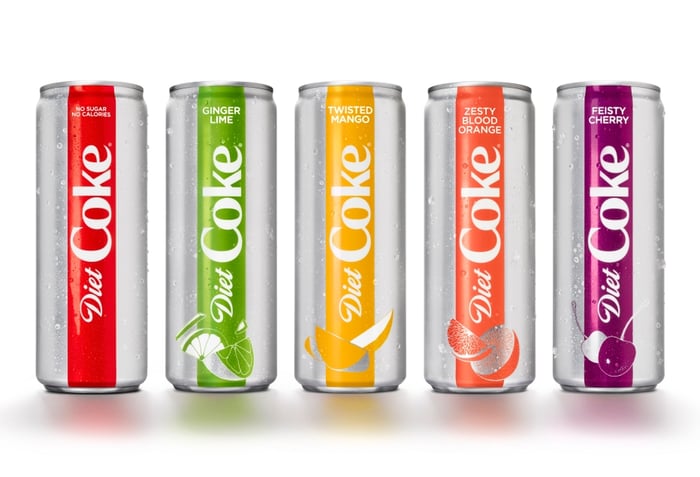 Adjusted operating margin ticked up 13 basis points, and the company continued to gain market share in the soft drink industry. On the bottom line, adjusted earnings per share increased 9% to $0.43, or 19% adjusting for currency headwinds, which matched estimates.

CEO James Quincey said: "I am pleased with our strong organic revenue and earnings growth in 2018. Our results demonstrate progress in our transformation as a consumer-centric, total beverage company and the power of a more strategically aligned system."

Despite the solid round of results, management sounded cautious about the current year, forecasting 4% organic revenue growth, but said that currency headwinds would subtract 3% to 4% from revenue growth. In other words, reported revenue growth would be essentially flat. It also said it expected adjusted EPS to be flat for the year. Both forecasts were significantly lower than analyst expectations of 4.4% revenue growth and for earnings per share to increase from $2.09 to $2.22.

Given Coca-Cola's solid fundamental growth, the sell-off seems misguided, but investors are clearly disappointed from having to digest a no-growth year, at least based on the headline numbers.