Investors who want high-growth financial stocks will have to look beyond banks and insurers. The most promising growth stocks in finance are the so-called fintechs -- financial services companies that are more "services" than "financial," at least when it comes to their growth opportunity.

Here's why these Fool.com contributors think PayPal (NASDAQ:PYPL), Western Union (NYSE:WU), and Visa (NYSE:V) are worth adding to your portfolio.

Matt Frankel, CFP (PayPal): I'm generally a fan of any stock that stands to benefit from the gradual shift toward a cashless society, as I feel that the so-called War on Cash will be one of the greatest investment opportunities over the coming decades.

This is especially true when an excellent fintech stock drops because of short-term issues, the way PayPal just did after reporting its fourth-quarter earnings. After missing on revenue and issuing 2019 guidance that didn't quite measure up to expectations, PayPal dropped significantly after issuing its report and hasn't yet recovered.

However, don't let what I admit is a so-so quarterly report distract you from PayPal's long-term potential. Not only is the company still growing at an impressive rate, but growth is actually accelerating as the cashless trend heats up. In fact, PayPal added 31% more new accounts in 2018 than it did in 2017, and the fourth quarter was the company's best ever in terms of account additions. Furthermore, payment volume impressively grew by 27% year over year.

Finally, don't forget that one of PayPal's best assets, Venmo, is still in the very early stages of monetization. The person-to-person payment platform accounts for just over 1% of PayPal's revenue, but the company is hard at work on ways to monetize the millions of active Venmo users. And, with 80% year-over-year payment volume growth, it's fair to say that this could be a major long-term catalyst if PayPal's efforts are successful. 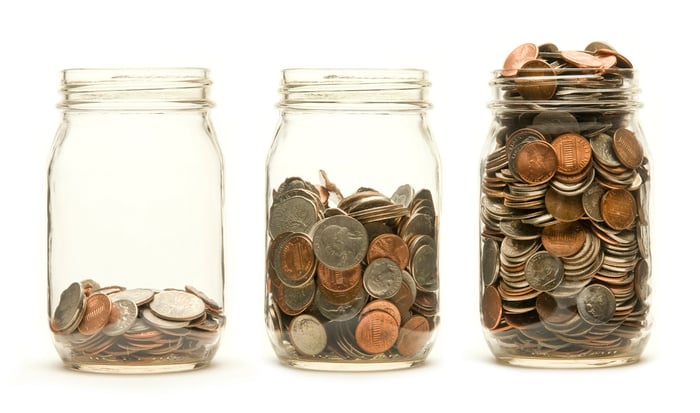 Send money wherever you want

Dan Caplinger (Western Union): Western Union might sound like an old-school player in the financial technology realm. For decades, customers have used Western Union's services to send money to faraway locations, and the company's historical significance in having the first transcontinental telegraph line shows just how far back its reputation goes in helping people move money and communicate quickly over long distances.

Nowadays, though, Western Union finds itself on the cutting edge of fintech. Specializing in cross-border, cross-currency money movement, Western Union has a well-established global presence at a time when many players in the industry are looking to broaden their scope. Taking greater advantage of digital availability worldwide has also helped Western Union grow, and the company has sought to offer a wider range of business services as well as seeking to cater to customers in key markets, including Latin America and the Middle East, as well as broader parts of Europe and the Asia-Pacific region.

With more than 100 countries in the company's global footprint, Western Union continues to expand its payout services. As demand for its services increases around the world, Western Union will find itself at the forefront of the evolution of the financial technology business in key markets.

Take your cut of cards

Jordan Wathen (Visa): Why not own the fintech that everyone else wants to be? More than a half-century after its founding, Visa is one of the most extraordinary growth stories in financial technology. Though payments by debit and credit card may be "old school," Visa's growth rate doesn't show it.

Visa makes its money taking a slice of every transaction that moves over its network, with debit and credit cards being the biggest drivers of revenue and profit. To that end, its business ultimately boils down to the volume of transactions that take place over its network, and the average fee Visa collects every time a customer uses one of its cards. In the most-recent quarter, Visa reported that transaction volume increased 7% year over year, resulting in a 13% increase in revenue, partially owed to some changes in currency fluctuations.

Visa has two major themes driving payments volume. First, around the world, payments are shifting from cash to plastic, with the number of debit and credit cards outstanding growing at a healthy single-digit percentage each year. Second, retail sales are moving online, where Visa estimates it processes about 47% of total payments volume, roughly twice its share of offline spending.

I regard Visa as the "blue chip" of fintech companies, given its proven business model, clear tailwinds to drive growth, and extraordinary profitability. While Visa won't be a 10-bagger any time soon, investors who buy and hold could easily realize a market-beating return thanks solely to the fact that we're still in the early days of the digitization of payments.