Please ensure Javascript is enabled for purposes of website accessibility
Log In Help Join The Motley Fool
Free Article Join Over 1 Million Premium Members And Get More In-Depth Stock Guidance and Research
By Jason Hall - Updated Apr 25, 2019 at 9:03AM

Improvements in nearly all of its operating units drove strong cash flow for the media titan.

Vivendi (VIVHY -0.32%) reported its full-year 2018 results on Feb. 14. Although GAAP earnings may not have seemed all that good, the media giant delivered quite impressive cash flows last year that didn't show up on the reported bottom line because of a number of non-cash accounting items it was required to take.

Furthermore, the company continues to report progress on plans to find a strategic partner to buy part of Universal Media Group. 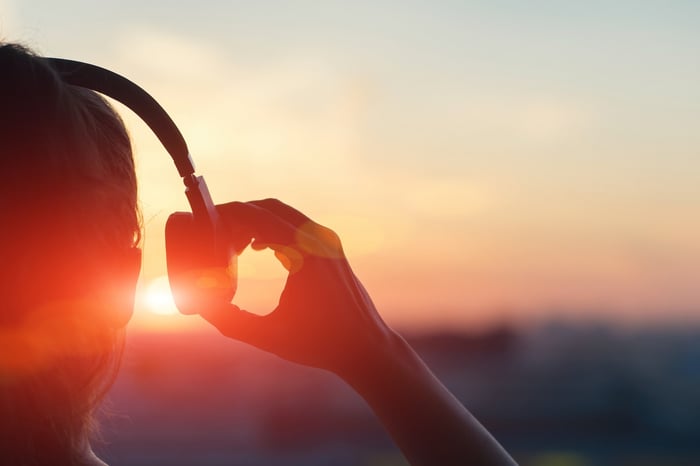 Vivendi finished 2018 with sales of 13.9 billion euros, up 11% from 2017. However, the company generates a substantial portion of revenue in other currencies; adjusted for currency exchange, Vivendi's revenue increased 5%. Even on this lower adjusted growth, the company turned an outsize portion into income. Operating income was 1.44 billion euros, up 31% on a GAAP basis and 23% adjusted, while EBITDA -- earnings before interest, taxes, depreciation, and amortization -- was 1.3 billion euros, up 33% and 25% respectively.

Because of a number of one-off charges over the past couple of years, GAAP net income was a relatively small 127 million euros, versus 1.2 euros billion on an adjusted basis. That was down from last year, though when adjusting for currency and excluding a huge 409 million-euro tax credit in 2017 related to a favorable legal settlement, adjusted net income increased 34%.

Update on Vivendi's latest acquisition, plus its plans for Universal Music Group

In late January, the company used 833 million euros of that cash to close on the purchase France's second largest publisher, Editis, which it first announced negotiations for in July.

The company also continues to move forward with its process to identify a partner to sell up to half its state in Universal Music Group. This process includes having completed a reorganization of UMG's corporate structure to prepare it as a standalone entity, as well as completing necessary due diligence and holding meetings with the investment banks Vivendi is thinking about using to identify a partner for UMG. Management said it should complete selection of financial advisors "in the coming weeks."

Looking ahead: Another acquisition to integrate; finding a partner for UMG

Vivendi management didn't provide any full-year guidance for 2019 either in the earnings release or on the earnings call, beyond general optimism for 2019 and expectations that profitability will continue to improve. However, there was clearly good news on the dividend front. The company makes a payout once per year, and management plans to propose raising the payout 11% from last year's payout to 0.50 euros per share.

2019 will be another busy year for Vivendi as it works to integrate Editis into its business, moves forward with its plans for UMG, and works on its other ongoing actions, such as continuing to stabilize Canal+ Group, its television programming and pay-TV unit.

Why Spotify Has a Better Negotiating Position Than You May Think