Like a big moving train that stops abruptly on the track, the Virgin Trains USA initial public offering (IPO) was abruptly canceled earlier this week.

Cancellations are the exception rather than the rule with IPOs, particularly during the long bull market we're still experiencing. Here's a brief look at why Virgin Trains USA won't be on the stock market -- at least for now -- and what publicly traded alternatives exist for train aficionados. 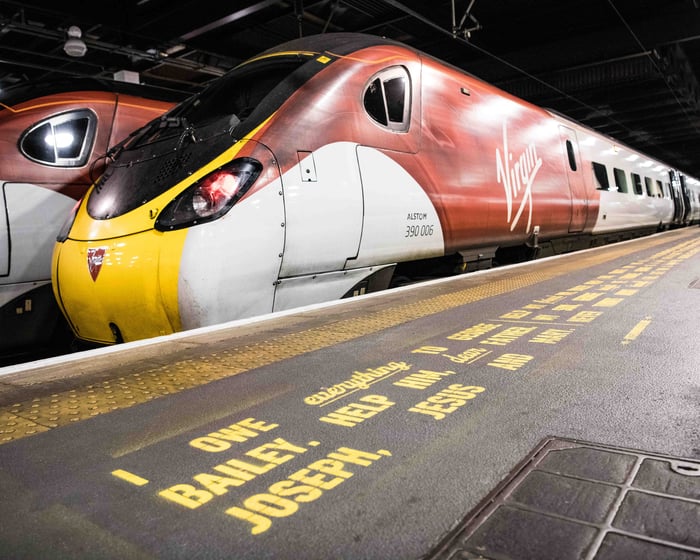 It seems Virgin Trains USA was presented with better funding options than an IPO. The company's senior vice president for corporate affairs, Ben Porritt, told Reuters that "[a]s we explored a public offering, a number of alternative financing sources became available that allow us to keep the company private and meet our growth strategies."

Neither he nor the company has specified what those "alternative financing sources" might be, nor the amount(s) involved. Virgin Trains USA also hasn't commented on whether it might relaunch its IPO sometime in the future.

Technically known as Brightline, the company is currently rebranding as Virgin Trains USA. It was to IPO under the latter name, which it licenses from British conglomerate Virgin Group in return for a scrap of equity and licensing fees. Brightline/Virgin Trains USA operates a commuter rail line connecting the populous south Florida cities of Miami, Fort Lauderdale, and West Palm Beach. This operation was launched in early 2018.

Virgin Trains USA might have been quite a tough sell to the market. It hasn't yet turned a profit, with a net loss of more than $87 million in the first nine months of its fiscal 2018 (its inaugural revenue-producing year).

Huge costs are barreling down the tracks for the company, as it has ambitions to expand its service north to Orlando within a few years, and following that, cross the state over to Tampa. It also holds the rights to develop a commuter rail line from Las Vegas to Victorville, California, a route that the company plans to eventually stretch to the Los Angeles area.

So for Virgin Trains USA, perhaps it's better to stay private for now. We can imagine that those prohibitive build-out costs will have a deleterious effect on profitability -- and if there's one thing investors don't like, it's a string of deep red numbers on the bottom line.

It's kind of a shame, though, because the company would have been a rare bird on the stock exchange as a commuter rail company. It's always good for investors to have as much variety and choice as possible in stocks.

It'd also be good to see a determined commuter rail company raise several hundred million dollars in funding. We Americans are far too dependent on the automobile, which can negatively affect our societal and environmental well-being. A successful Virgin Trains USA IPO might have encouraged investment in other train projects throughout the country.

Still, as investors, we shouldn't take Virgin Trains USA's retreat as a sign that the railroad sector as a whole is a lost cause. In fact, it's thriving these days, as indicated by the recent share prices of some of the major, publicly traded players.

Most of these, like CSX (NASDAQ:CSX) and Norfolk Southern (NYSE:NSC), can be purchased directly. Meanwhile, BNSF Railway is a wholly owned subsidiary of mighty Berkshire Hathaway (NYSE:BRK.A) (NYSE:BRK.B). Berkshire is the investment locomotive, if you will, of legendary investor Warren Buffett. 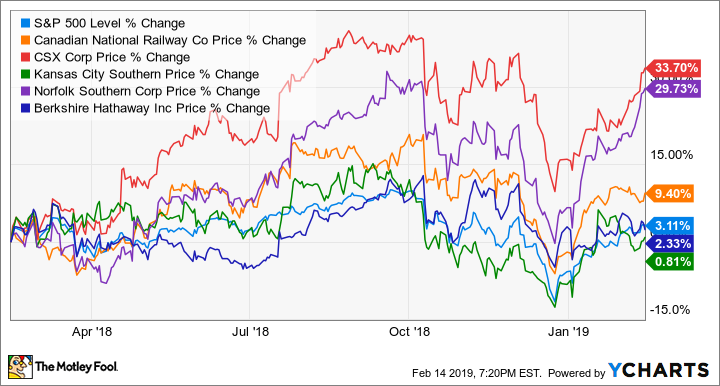 As indicated in the chart above, Canadian National Railway (NYSE:CNI) and CSX stock have been doing gangbusters lately. Both are beneficiaries of strong demand for the freight rail services they specialize in, and have done well capitalizing on this opportunity. Canadian National Railway had an excellent 2018 and recently declared a dividend raise, while CSX is posting significant improvements in both financial and operational metrics.

Berkshire's BNSF, meanwhile, has lately recorded impressive growth on both the top and bottom lines.

So it's not like the withdrawal of Virgin Trains USA's IPO will leave the stock exchange without any railway operators. It's just a shame an interesting and unique one won't be available to invest in.